[send private message]
This page has been accessed 69 times.

The Church of St George is an Anglican church in Taunton, Somerset, England which dates from Saxon times. It is the parish church for Wilton, within the diocese of Bath and Wells, and a Grade II* listed building.

A chapel was established on the site during Saxon times, and a tower was added to the church around the 11th century. By 1308, Wilton was associated with Taunton Priory, and was served by the priest from St Mary Magdalene. The church was extensively renovated and extended in the late 1830s by Richard Carver, adding two bays to the nave, and a chancel with two chapels, in a Gothic style. The tower was demolished and rebuilt in 1853, while further internal restructuring was conducted in 1870 by J. Houghton Spencer.

Although parts of the church retain the Saxon "long and short" stonework, the building is principally 19th century Gothic architecture, following the work done by Carver. The tower follows the Perpendicular Gothic style of many Somerset village churches; it features two stages, with "diagonal buttresses, embattled parapet and two-light bell openings". The vestry is slightly more modern than most of the church, dating from around the turn of the 20th century. The church is built of rubble masonry with hamstone dressings, topped by a slate roof. Wikipedia 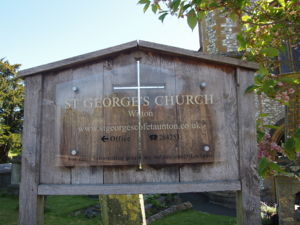 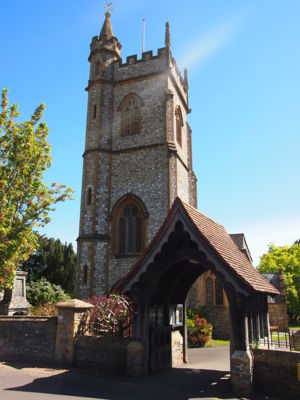