[send private message]
This page has been accessed 165 times.

Welcome to the Szczecin / Stettin Page

The purpose of this page is to provide a place for researchers to collaborate while researching their ancestors who are from this city, or for anyone with a special interest or knowledge.

Researching ancestors from Stettin or Szczecin is difficult because it used to be considered a Pomeranian German region within the Kingdom of Prussia. Whilst, it is now in the present day West Pomeranian Voivodeship, Poland. Therefore, complications with language, location, place names, etc are inevitable.

On my personal research journey I have learnt a great deal from researching this city, and I still know very little. A place for collaboration seemed necessary for that reason...personal experience.

Information about the city history

The history of the city of Stettin dates back to the 8th century. Stettin (polish: Szczecin), which has belonged to Poland since 1945, has a history of over 700 years as a German city. The German place name "Stetin" is first found in documents from 1140 and 1223. The Polish name is found later in 1273 in a Latin document as "Sczecin". From the 15th century onwards, the second "t" was doubled, which soon became common and led to Stettin.

Stettin is located on the river Oder and was first the capital of the Duchy of Pomerania (Herzogtum Pommern), then from 1648 - 1720 under Swedish rule and finally from 1815 the provincial capital (Provinzhauptstadt) of the Prussian province of Pomerania (Provinz Pommern) until 1945. Since 1808, it was also the seat of the President of the Government of the Stettin District (Regierungspräsident Regierungsbezirk Stettin).

Since 1360 the city was a member of the Hanseatic League (Hanse) and had the largest Prussian port and, as the city on the Oder estuary, the most important free port in the Baltic region. The port was connected with the outer harbor of Swinemünde (now Swinoujscie, Poland) through the Stettin Lagoon (Stettiner Haff) also called Pomeranian Lagoon or Oder Lagoon (Pommersches Haff, Oderhaff), to the Bay of Pomerania (Pommersche Bucht) by a 60-Kilometer-long shipping channel Kaiserfahrt (now Piast canal). From 1914 there was a direct connection to Berlin via a water route due to the opening of the large shipping route (Großschiffahrtsweg) from Stettin to Berlin.

Historically, culturally and touristically significant landmarks of Stettin / Szczecin include

Today, the only reminder of the medieval city walls is the Gothic Seven Mantle or Maiden's Tower (Siebenmantel- oder Jungfrauenturm - Baszta Siedmiu Płaszczy/Baszta Panieńska) at the northeast corner of the former city area. The building is considered as symbol of Stettin / Szczecin.

The two preserved Baroque fortress gates, the Berlin Gate (Berliner Tor or Hafentor - Brama Portowa) in the west and the King's Gate (Königstor - polish equivalent Brama Królewska) in the north, were built only in the course of the fortress expansion after the transition to Prussia under King Frederick William I (König Friedrich Wilhelm I.) at the beginning of the 18th century. They were designed by the Prussian fortress architect Gerhard Cornelius von Wallrave and served not only military but also representative purposes, thus the inscriptions on the King's Gate document the seizure of the city by Prussia.

Over the long course of its history Stettin has been a place of birth and of residence for many famous individuals, including Empress Catherine II, called Catherine the Great of Russia (Zarin Katharina die Große von Russland) was born Sophie Auguste Friederike von Anhalt-Zerbst in Stettin on May 2, 1729.

One of the oldest cinemas in the world has been operating in Stettin. It was founded in 1907 by the German Otto Blauert as "Helios Welt-Kino-Theater", since 1945 it has been called "Kino Pionier 1907".

After World War II, the Soviet Union handed over the territories lying east of the Oder-Neisse line to Poland. The Western Allies confirmed this in the Potsdam conference.

In 1993 the town celebrated its 750th anniversary (town charter Stadtrecht granted in 1243 according to Magdeburg law).

Szczecin has been the capital of the West Pomeranian Voivodeship (Zachodniopomorskie) since 1999.

How you can help

Add you name the list of team members.
Request to join the trusted list of this page so you can receive updates.
Add information, comment on this page to collaborate.
Share research stories, triumphs, failures etc

Have ideas? Please share with us and feel free to add to this page.

Let's build a friendly community together...

My favourite links to date:

Please feel free to comment, add to, contribute, and collaborate! 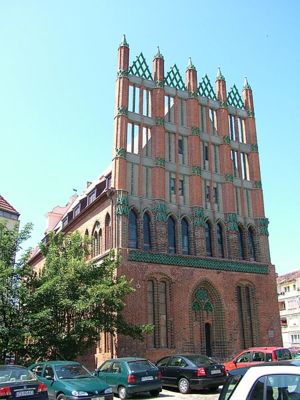 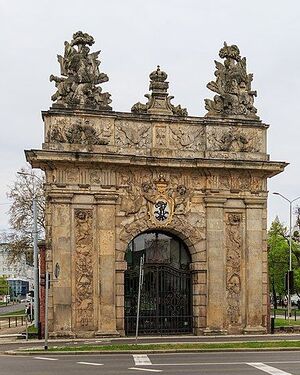