[send private message]
Last profile change on 2 Aug 2022
02:15: Paul Schmehl edited the Text on The Stedman family cemetery. [Thank Paul for this]
This page has been accessed 746 times.

The Stedman family cemetery is documented on Find A Grave[1] as well as in the files of the Chatham County Historical Association.[2]

A great deal of work has been done to determine the location of the graveyard, and it is currently thought to be underneath a dumpster pad located behind some buildings near the Chatham County Court House Square located at the intersection of US Highways 64 and 15/501.

The Cemetery Census team has archived a title chain document that contains information on all the deeds for the property that they were able to find.[2]

Recently, I have been working to solve the mystery, and I believe that I may have done so. Winship Stedman made an agreement to sell two lots of land in downtown Pittsboro in 1827. He died a year later, not having completed the sale. The buyer, one Daniel McLeod, also died.

In 1840, Winship's sons, Nathan and Oran, as Executors of his estate, completed the sale of the property to the infant son and heir of Daniel McLeod. That deed may be found in the online files of the Chatham County Register of Deeds[3]. It contained a very specific exemption, which I believe is the location of the Stedman family cemetery. The deed language reads

So, the deed exempted a 25 foot square in the southwest corner of Lot 73, including ingress and egress to that site, from the sale. That exemption was included in the next two deeds affecting that property. There is a break in the title chain (the deeds have not yet been located) until the bankruptcy deed of H. H. Burk dated 23 Jun 1869. That deed does not mention the exemption.

The next three deed transactions mention a "grave yard" but do not describe the exemption or define its dimensions.

In 1939, a new survey was undertaken[4], and the cemetery location was described as 25 feet by 37 feet and located approximately 172 feet south of US Highway 64 (West Street). 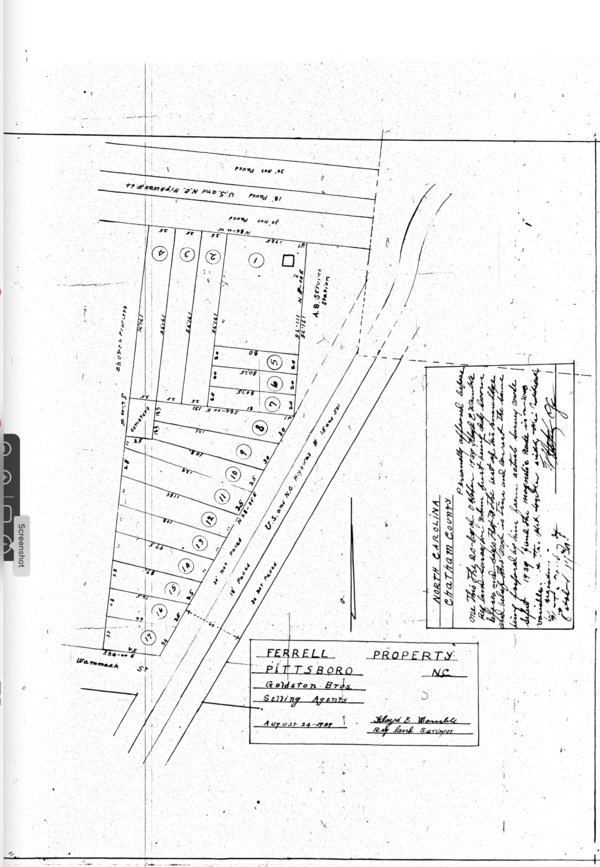 However, an examination of a plat made in 1870[5] shows that the northwestern corner of the cemetery would have been located 185 feet south of West Street and 210 feet east of Fayetteville Street exactly as described in the 1840 deed. That location is not the location marked on the 1939 Plat of the property. 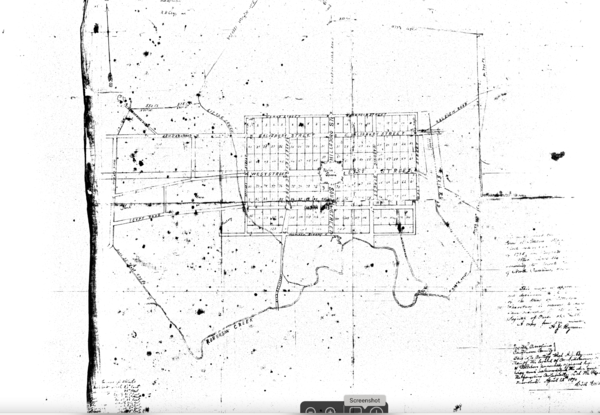 An 1890 plat of Pittsboro also contains the lots numbered as they originally were.[6] 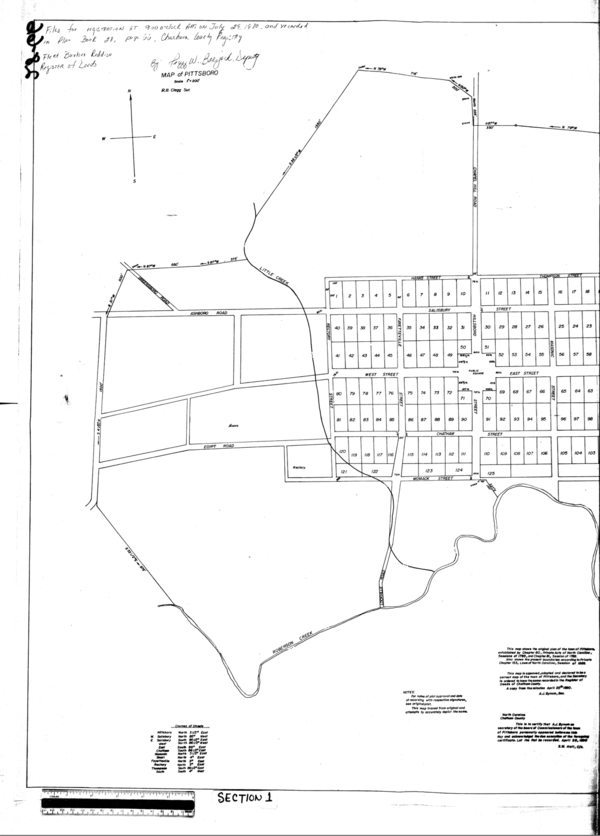 An 1884 deed conveying the property from one Wm. F. Foushee (likely William Franklin Foushee) to Annie A. Chapin contains a phrase confirming that the 25-foot square was indeed a cemetery. [7] "Excepting that portion of the lots covered by the graveyard"

A 1928 deed conveying the property from Annie Chapin and her heirs to one E. A. Farrell contains similar language. "Excepting that portion of the lots covered by the graveyard, as described in deed from Wm. F. Foushee to Annie M. Chapin, registered in Chatham County Registry, in Book BP, page 46."

I have drawn a map, somewhat to scale, that shows where the cemetery was located in the 1840 deed. 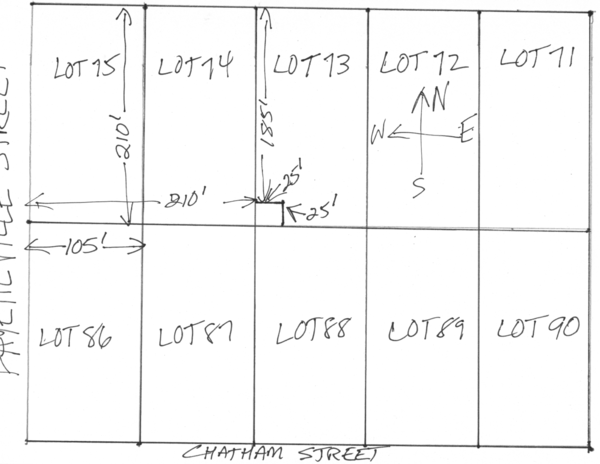 Work is now underway to find the precise location of the cemetery and determine if there is any evidence of remains at that location. If the location can be determined by survey, ground-penetrating radar will be used to determine if remains may exist under the ground. If that is successful, the developer of the property is willing to foot the bill for an archeological dig to unearth whatever remains and artifacts may be found and to reinter the remains in the Pittsboro United Methodist Church, which is located on the adjoining property.

Work is ongoing to identify living lineal descendants of Winship Stedman. Since the property legally belongs to them (even though they may not be aware of that), their permission is required to unearth any remains and reinter them. As of this writing, over 30 lineal descendants have ben identified and contacted.

It has been estimated that the value of the property to each descendant is in the range of 17 cents to one dollar.

Although the property belonged to Winship Stedman and he was a very successful businessman in his own right as well as serving in the North Carolina Senate in 1806 and as Pittsboro Postmaster, the real significance of this cemetery is his brother, Nathan Alexander Stedman III.

Nathan is not only a certified DAR Ancestor, but he served in the North Carolina House of Commons, the General Assembly, and the Senate. He was also elected Comptroller of the state and served as Clerk of Court for the Chatham County Court of Pleas and Quarter Sessions for a decade before his death. He was one of the commissioners selected by the North Carolina Legislature to layout the Town of Pittsborough in 1787. And he was a member as well as the clerk of the Board of Superintendents for Common Schools for Chatham Couunty.

Both men's legacies deserve better treatment than to be completely forgotten and paved over with asphalt. 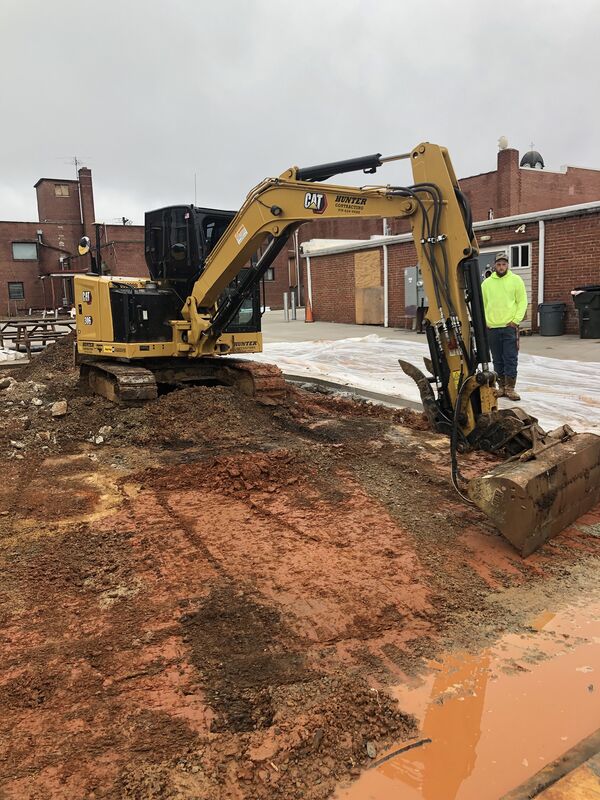 At this point, seven grave shafts have been identified 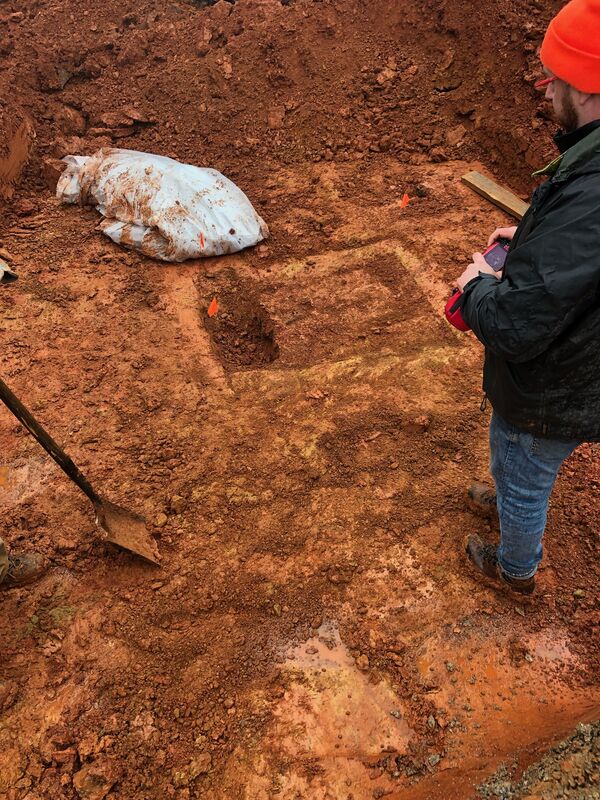 , and a portion of a coffin has been uncovered 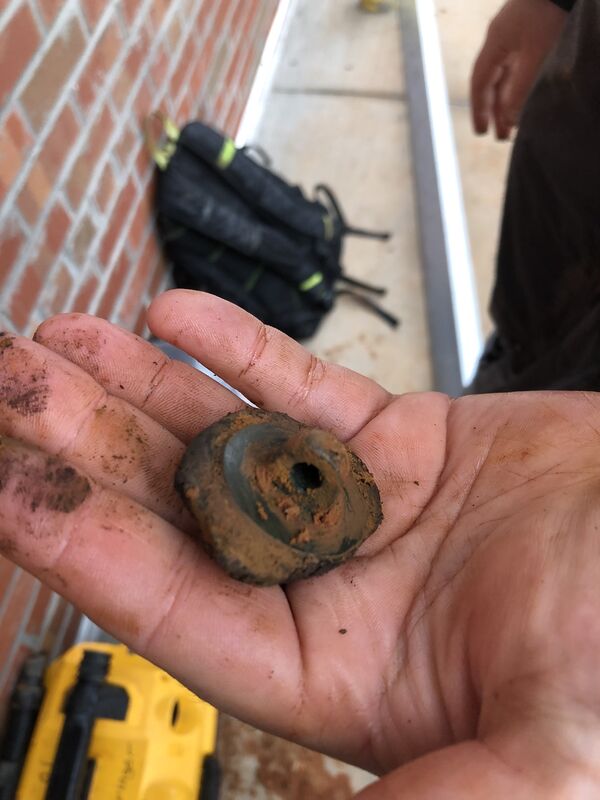 as well as a stone that may be part of a grave marker. 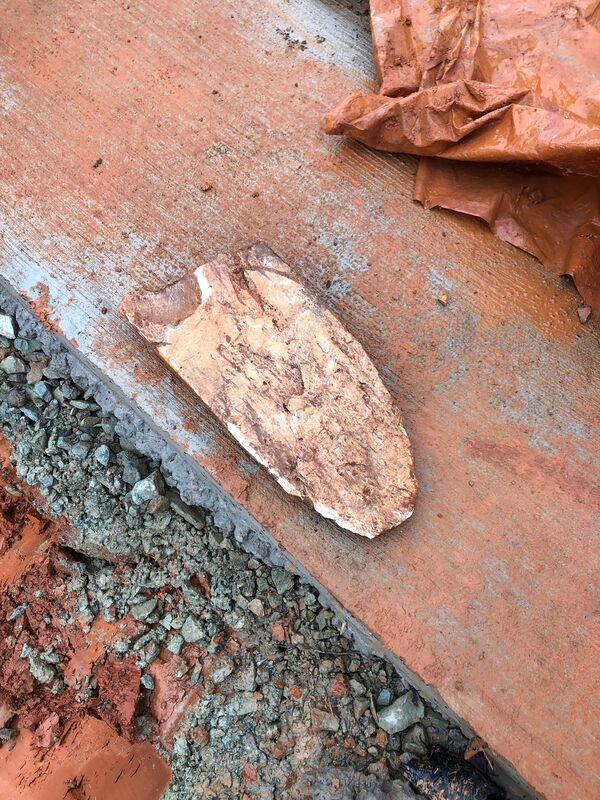 Graves marked with red flags in preparation for exhumation 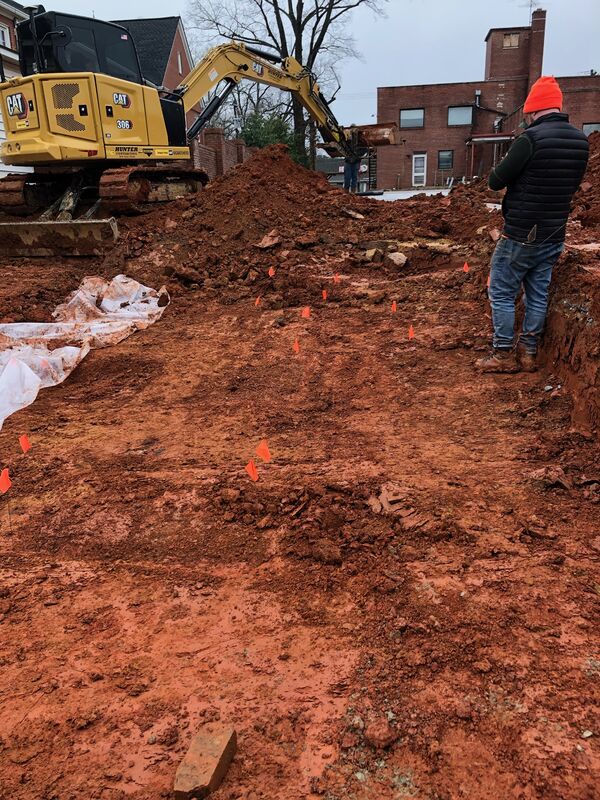 Graves marked right next to the church annex 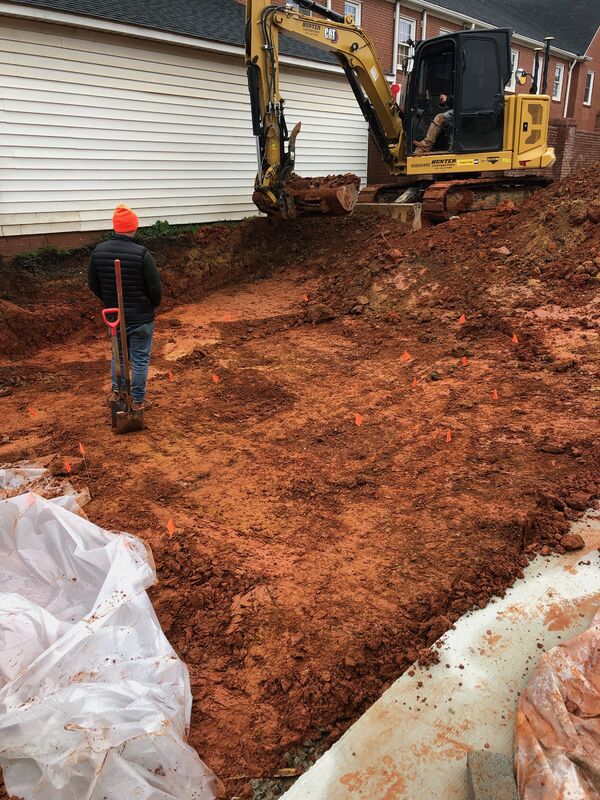 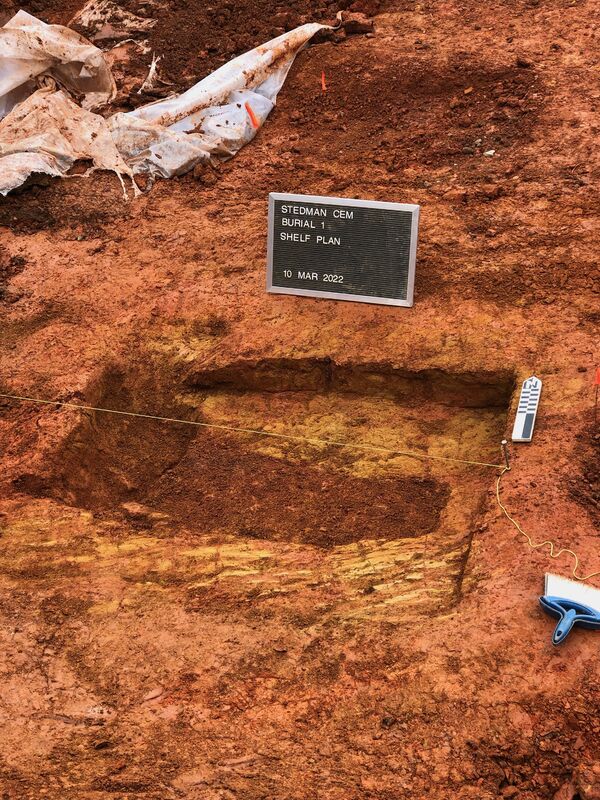 Coffin hardware has been unearthed during the work. 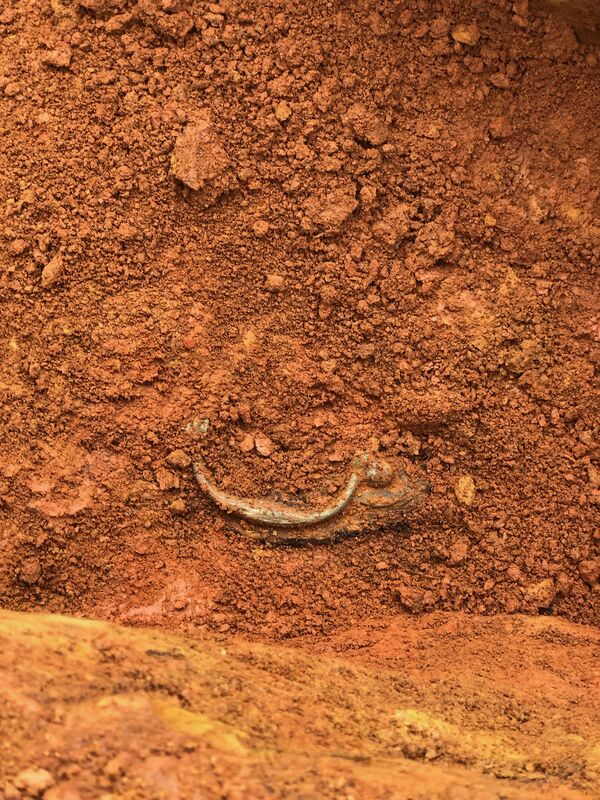 As work progresses, more coffin hardware has been uncovered. 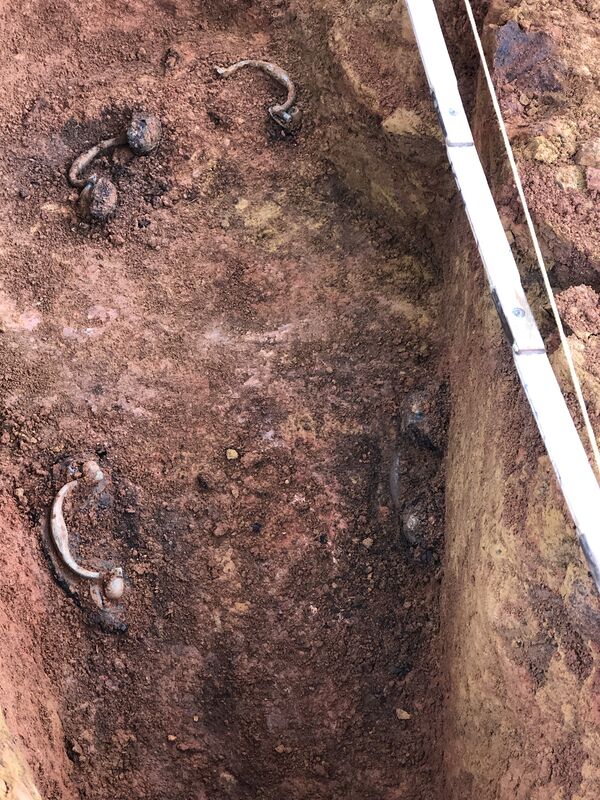 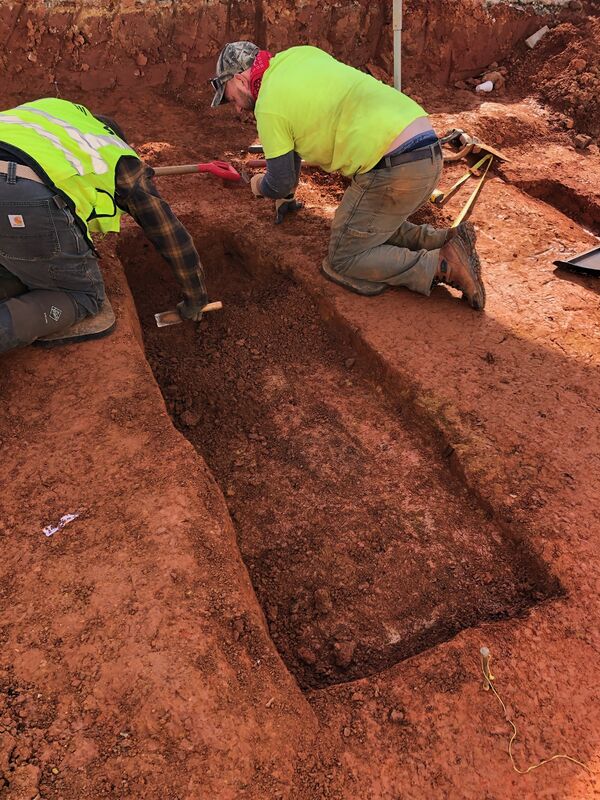 The second full-size grave has been uncovered. 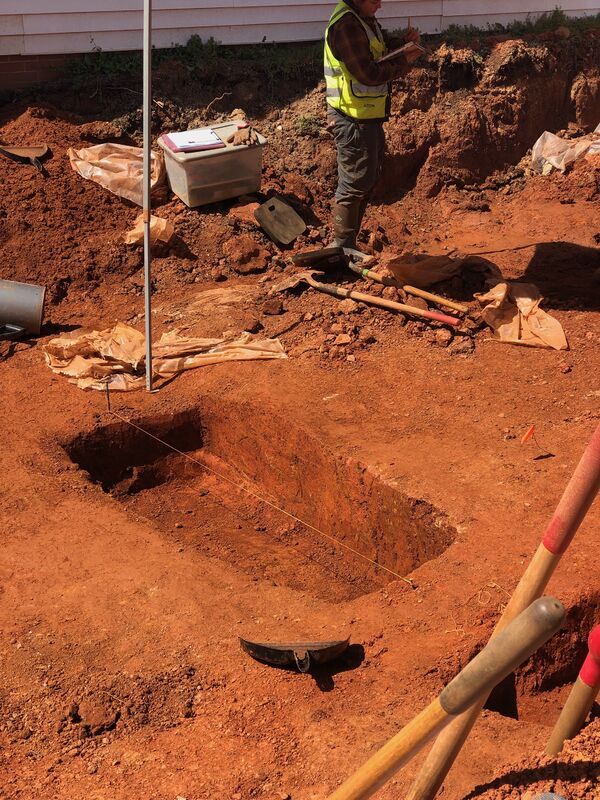 On 3/14 some bone fragments were uncovered. I will not post those pictures here out of respect for the family.

On 3/15 the archeologists uncovered arm and leg bones, vertebrae, skull fragments, and some teeth. There are still two graves that have not been uncovered at all.

On 3/16 the archeologists found an 1830 Liberty Cap Half Dime. They were minted in Philadelphia between 1829 and 1837.[8] It may have been a good luck charm and appeared to have been in the left pocket of the deceased. 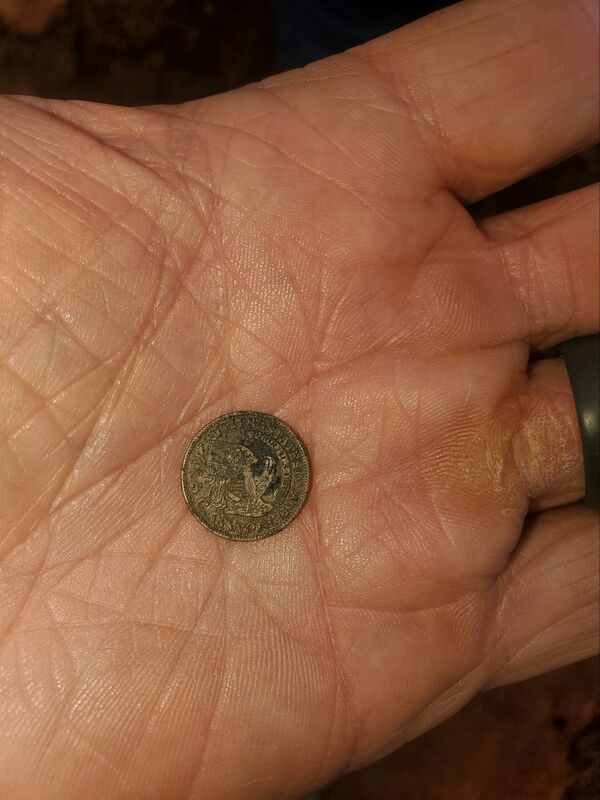 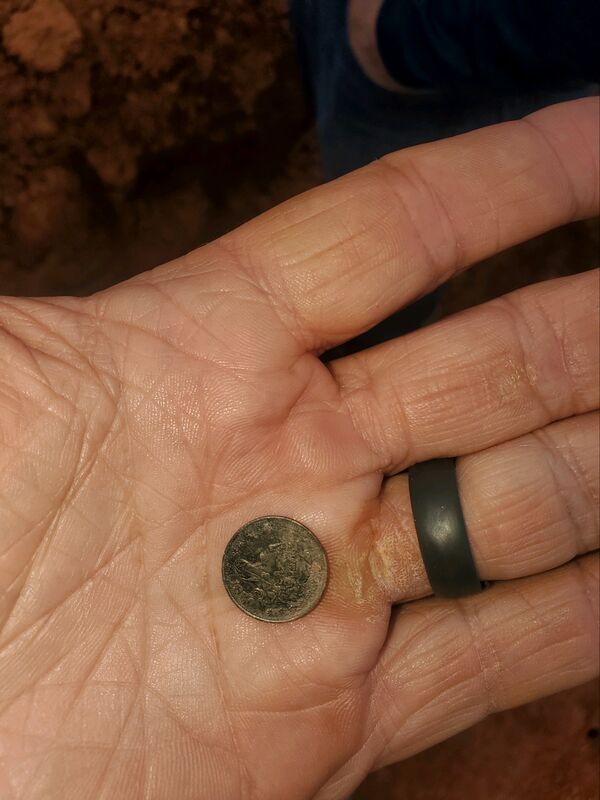 The archeologists also found a glass plate that would have been installed in a coffin so that the face of the loved one could be viewed. 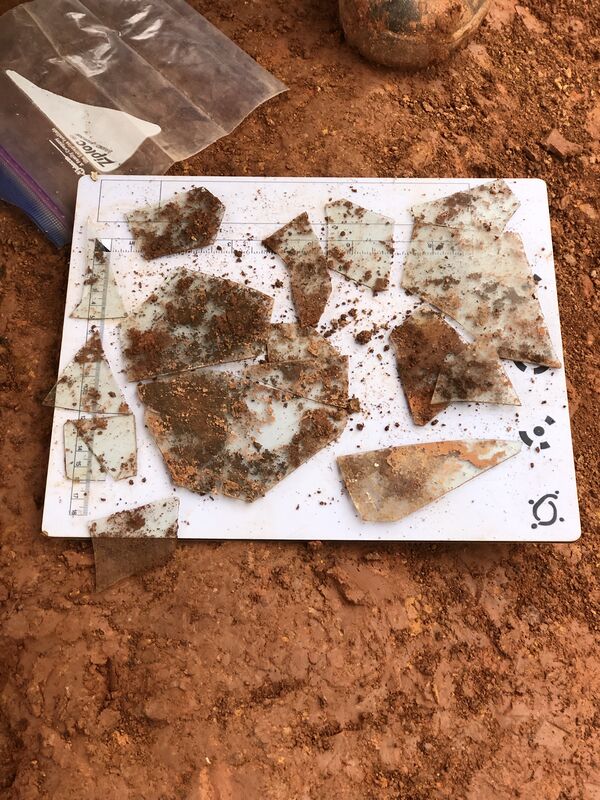 The archeologists found three children's graves. We knew of one (Emily Euphania Stedman), but the other two are unknown but to God. They were likely stillborn and never named, and we have no idea who their parents might have been.

The four other graves that were uncovered were all adults. Two of those were a male and female in the age range of 70 to 80. Those would be Nathan Alexander Stedman III and his wife Ann Frarnces (Clark) Stedman. The archeologists were unable to determine the sex of the other two sets of remains, but one had teeth that placed the age in the 20s to 30s range. Given its location, it was most likely Thomas P. Stedman's grave. He died at the age of 35. The other grave was likely Robert P. Stedman who died at the age of 24.

The graves that were not found were for Winship Stedman, his wife, Margaret (Ferguson) Stedman, Nathan Alexander Stedman II and his wife Prudence (Hurlbut) Stedman,

After the dig was complete, an 1828 Coronet Head Unites States One Cent piece was found in the dirt pile when it was sifted for artifacts. 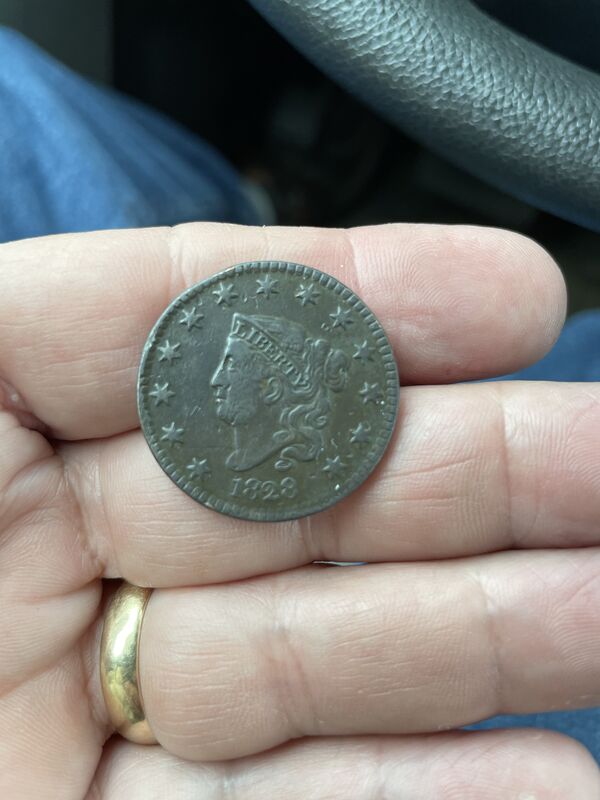 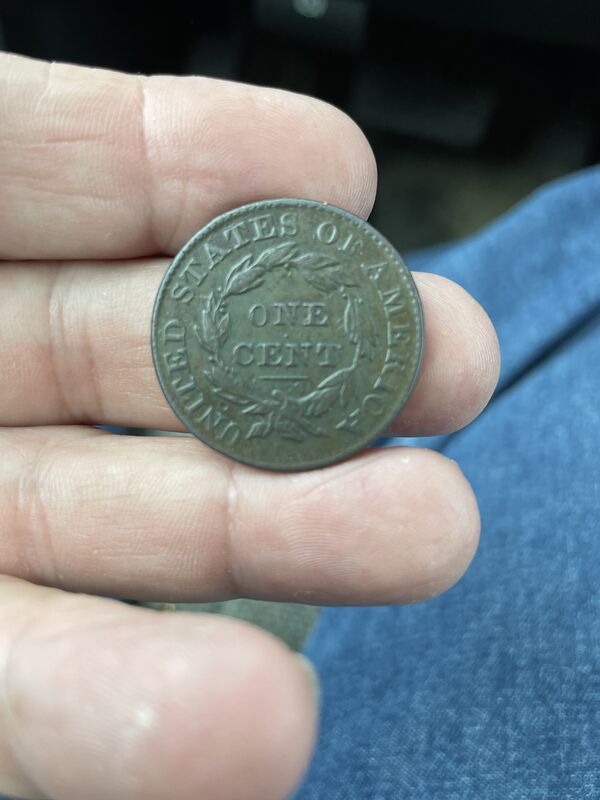 Once we have the archeologist's report we may be better able to determine which remains were uncovered. We have begun a research project to see if the identities of the two unknown children and their parentage can be determined from local records.

Completion of the project

The dig has been completed, and the archeologists will produce a formal report of their findings including photographs of the artifacts that were uncovered. When we began this project, the entire cemetery had been paved over and forgotten about until genealogical and historical researchers began investigating its location.

The work that the Chatham County Historical Association did to uncover the chain of deeds involving the property where the cemetery was located was vital to the successful conclusion of the project.[2]

Once we had what we felt was the correct location, we began generating interest in unearthing the cemetery and reinterring any remains that were found to the adjacent property of the Pittsboro United Methodist Church Cemetery.

We also began looking for sources of funding to support the project. Throughout that process, the property developer, Mr. Gregory Stafford, was not only solicitous of our desires but was actually enthusiastic about recovering the family. He personally footed the entire cost of the project. Without his willingness to pay for the dig, it may never have happened.

The decision of where to dig was influenced by two factors. First, we couldn't be certain that we had the precise location of the cemetery although we felt confident we had located it. Second, so much utility work had been done over decades on the eastern side of the location that the likelihood of finding anything of value in that area was probably nil. One of the sets of remains that were uncovered had a high voltage conduit running right through the middle of the torso.

Electrical, water and sewer piping had been installed and reinstalled, removed, and replaced so many times over the years that whatever may have been remaining in that area would have been destroyed repeatedly. Most of the utility work was done through horizontal boring, likely without the knowledge of the contractors that they were boring through a cemetery.

We are thrilled that we uncovered seven graves, two of which we were completely unaware of. Four additional graves were possibly in the area that was destroyed by utility work and will never be recovered, if in fact they even could have been.

The remains recovered from the archeological dig were reinterred in the Pittsboro United Methodist Church Cemetery in Pittsboro on May 3, 2020. The family is now at rest. 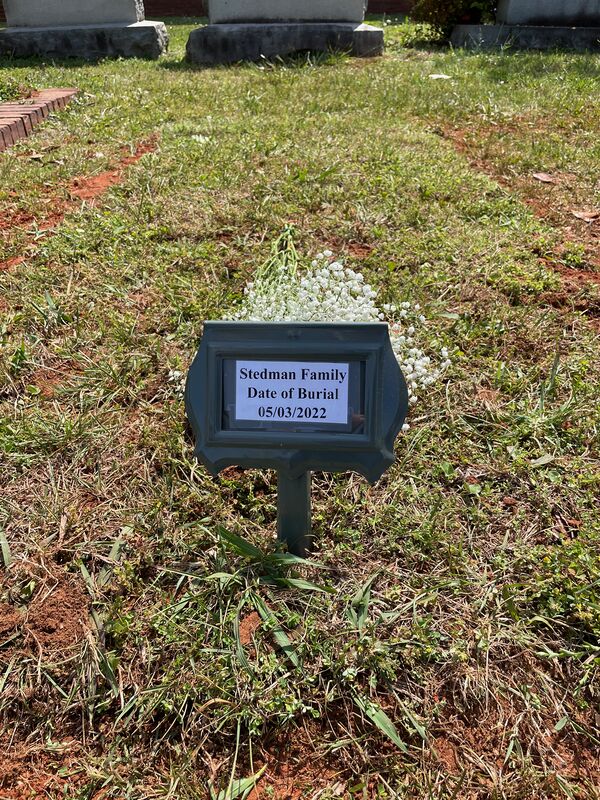 We have designed a grave marker to be placed at the reinterment site that will contain the names and birth and death years of the persons buried in the Stedman family cemetery originally.

A formal ceremony will be conducted in the fall, including the placement of a plaque honoring Nathan Stedman III's Revolutionary War service by the National Society of the Sons of the American Revolution.

For those interested in examining the actual deeds and plat records for themselves, you should go to the Chatham County Register of Deeds Remote Access Site and click on Acknowledge Disclaimer to Begin Searching Records. Once on the site, select the Imaging System Only link. Once there, you will find a drop-down menu. For plats, select plats For deeds, select Letter. Type in the letters like this: A-E (not AE). Enter the page number to view the deed or plat.

With deeds, you may have to scroll down to find its beginning. Don't assume you're on the wrong page if you don't see it immediately. 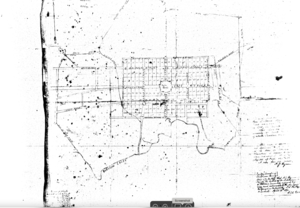 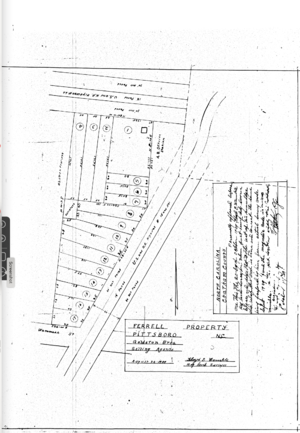 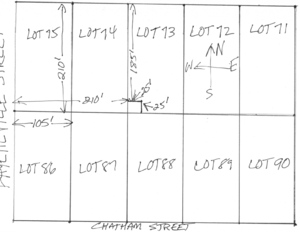 Kim Williams
This is a stunning amount of research. What an accomplishment. A great story to read and I am grateful to the people who worked together to give this family their due respect. Thank you so much for documenting this.
posted May 25, 2022 by Kim Williams

Paul Schmehl
Thank you, Kim. It has been a very gratifying experience, and we're not done yet. The dedication ceremony is scheduled for November in Pittsboro.
posted May 25, 2022 by Paul Schmehl

Connie Mack
Thank you for your efforts to protect this piece of family history and for this excellent page. I was surprised to find I am related to this family, cousins

through both my maternal and paternal ancestors. We connect on my maternal side sharing a grandfather, all the way back to Boltwood-3. My Paternal bloodline ascends to Lothrop-3, another shared grandfather. Thank you for creating this page.