[send private message]
This page has been accessed 72 times.

What is the shape of the Global Tree?

Well, looking to the distribution of profiles over birth centuries, our Tree is clearly pear shaped, with a solid maximum in the 1800s (58%).

Numbers extracted by Shawn Ligocki from a data dump late July 2021.
The dump excludes living and private profiles. Only profiles with a birth year are counted.

A pear is food for thought

Analysis of the above figures can feed various threads of conversation. The following are by Bernard Vatant and are open to discussion, by comments here or on G2G.

The fact that more than half of current WikiTree profiles were living in the 19th century could be conjectured even without complete data, and it had been discussed in a G2G post Marketing the 19th century, in Oct 2019. The complete data strongly support the conjecture. Bearing in mind that a significant proportion of people born in the late 1700s have also known the 1800s, the ballpark is closer to two thirds than one half, supporting the provocative assertion that someone born in the early 21th century has more than 200 ancestors who lived in the 1800s, and the mean probability to find at least one of them already in WikiTree is over 90% . And this probability will get closer and closer to 100% with the steady growth of WikiTree.

The average WikiTree Genealogist - a young senior baby boomer - is likely to have known at least one of her grandparents born in the late 1800s, and to have completed his tree over two or three more generations, back to the late 1700s. From the 1800s are still a lot of living memories, and tons of documents, images, and many trustable sources to support precise genealogical facts. Both by quantitative and qualitative criterias, the 1800s profiles make the solid core of WikiTree.

In comparison to the above, the pre-1000 profiles stand very pale both by quantity and quality. They represent less than one thousandth of the total, less than 10,000 altogether. And it's no mystery to serious genealogists that a good part of them are at best ill-documented, have disputed or dubious filiations, and even their very existence is sometimes based on shaky grounds. And many, maybe most, descendancy paths from them to the solid 1880s core profiles are to be taken tongue-in-cheek.

We can forget about "ancient common ancestors"...

Of course, both genetics and basic arithmetics concur to say that we all indeed have common ancestors, and that they are often closer in the past than we might think. But not close enough to prevent most of them to be hidden beyond the foggy horizon of an unwritten past ... and unfortunately likely to remain so. I can trace all my ancestors over 7 generations back to the early 1700s, but barely a handful of them, and on shaky basis, before 1600. On the other hand, I have work enough for several genealogist lifes to track and add to WikiTree their descendancy through the 1800s, adding to the 1800s solid core.

... we are connected through cousins of cousins!

Using the Connection Finder to find out how you are related to one of the (generally post-1800) profiles of the week (or any other), it's likely that the shortest paths will go only mostly through post-1700 profiles. The global WikiTree connection is and will stay mainly through relatively recent marriages, cousins of cousins, and not through forever unknown common ancestors.

So ... what about the "Aliénor conjecture"?

In a G2G post, it has been conjectured that Aliénor d'Aquitaine ( ~1124-1204) could be standing at the right place and time to be a potential ancestor of about anyone living today and having European ancestors. This conjecture seems to fly in the face of the above analysis, but more computation by Shawn Ligocki on the same data shows that about 10% of WikiTree profiles born in the 1800s are descendants of Aliénor. (1,3 million among 13 million). Bearing in mind that a lot of 1800s profiles, maybe most of them, have no known ascendants whatsoever as far as 1200 (as above explained), the actual proportion of descendants of Aliénor in the 1800s population is certainly a greater figure, which can only grow with time ... 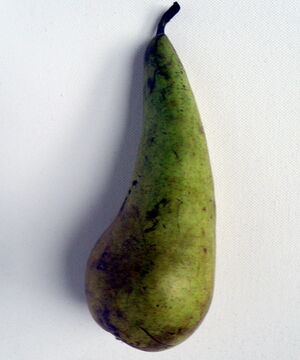