[send private message]
This page has been accessed 73 times.
Back to One Place Studies Project

This profile is part of the Tiverton, Rhode Island One Place Study.

The Tiverton outpost men took part in the Battle of Freetown during the Revolutionary War.[3] Headed by Colonel Joseph Durfee, of Massachusetts; they took a stand and forced the enemy into retreat.[4] Though a house and two mills had been burned,[5] the proud men of Tiverton and of Freetown had prevented further atrocities. The British occupied Rhode Island for three years during the Revolution.[6] Tiverton became a place for New England colonists to flee from them, and muster forces to drive them away. Many men were compelled to join the service in order to gain subsistence for themselves and their families.[7] Richard Durfee, a lifelong resident of Tiverton, was one of the many troubled by the social and economic detruction of the war.[8]

New England Families, Genealogical and Memorial:
A Record of the Achievements of Her People in the Making
of Commonwealths and the Founding of a Nation, Volume 2
Editor: William Richard Cutter
Partially available on Google Books
Citation:

Cutter, William Richard. New England Families, Genealogical and Memorial: A Record of the Achievements of Her People in the Making of Commonwealths and the Founding of a Nation, Volume 2 (NY: Lewis Historical Publishing Company, 1913), pg.

The People of Tiverton 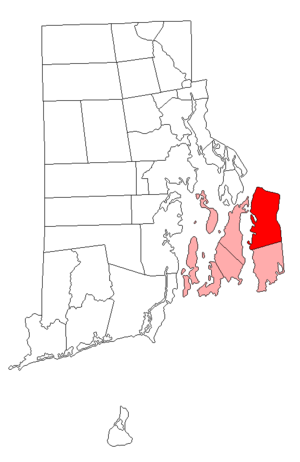