[send private message]
This page has been accessed 2,716 times.

As early as 1937 President Franklin D Roosevelt in his 1937 Quarantine Speech, Roosevelt established the United States formal neutrality.. However the United States did provide war materials supplies to Britain, Soviet Union ( Lend-Lease Act of 1941). It also replaced some of the British forces in Iceland (Pacific Theater). Its economic sanctions against Japan was part of the effort to slow down Japan's aggressions in Asia-Pacific. This infuriated Japan and caused the Japanese attack on Pearl Harbor. [1]

The attack on Pearl Dec. 7, 1941, (sinking of the American battleship fleet in Pearl Harbor, and destruction of the fleet of aircraft at Honolulu) was an impetus that led to the United States declaration of War against Japan. (Pacific Theater). By Dec. 11, 1941, Hitler declared war against the United States. The highest priority was defeat of Germany in Europe. (European theatre)

Bombing of Hiroshima: the scientists insisted upon a visual delivery of each bomb. At the time the photo was made, smoke billowed 20,000 feet above Hiroshima while smoke from the burst of the first atom. - NARA.

Six planes from 509th Composite Group, performed mission; one to carry the bomb "Enola Gay", one to take scientific measurements of the blast "The Great Artiste", the third to take photographs Necessary Evil". The other planes were an hour ahead to act as weather scouts, 08/06/1945. Bad weather disqualified one target. The primary target was Hiroshima, secondary was Kokura, and tertiary was Nagasaki.

Ships of the two were out of visual range of each other. Instead, almost all attacks by both sides were mounted by carrier and aircraft.

Japan made plans for the Imperial Japanese Army to carry out its battle In an attempt to drive Allied forces from Guadalcanal and nearby islands, blocking the supply routes of the U.S., Australia and New Zealand. September 1942, Japanese carriers, and warships moved into position near southern Solomon Islands. Oct. 20-25 the ground offensive began. The plan was to defeat any Allies by navy and air. The Allies were ready, and surprised the Japanese. The Japanese ground offensive on Guadalcanal began with the Battle for Henderson Field while the naval warships and aircraft from the two adversaries battled from sea and air, Oct. 26, 1942 near the Santa Cruz Islands. One carrier sunk and another badly damaged, Allied surface ships retreated from the area. Japanese ships and aircraft suffered also. It was a standoff for several days. The Japanese carrier forces, also had bad damage to 2 carriers. This along with other victories marked a transition for Allies to move from being on the defense to the the offense. Three major land battles, 7 naval and daily aerial battles led to the decisive Naval Battle of Guadalcanal early November. The Japanese removed their forces by Feb. 7, 1943.!! [2] https://en.wikipedia.org/wiki/Guadalcanal_Campaign

91st & 92nd Infantry Division arrived piecemeal into combat. One regiment would go to the front before the entire division arrived.[5]

218,000 Americans are buried or memorialized overseas.

A torpedo from a German Uboat struck the USS Dorchester carrying US army troops on Feb 3, 1943. It was part if a naval convoy sailing to Greenland, it began sinking (Labrador Sea). Of 904 on board, 675 died. The 4 chaplains donated their life jackets to save others. They became known as the "Immortal Chaplains" Immortal Chaplains[6]

Profiles on Wikitree to Honor 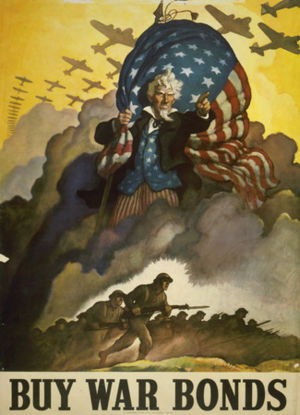 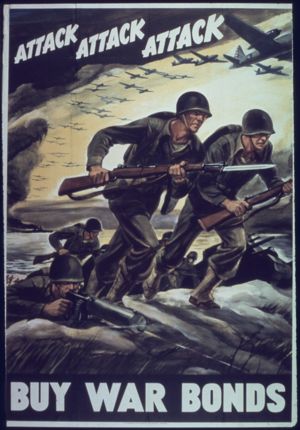 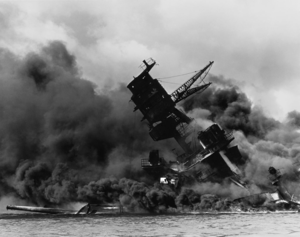 The formal surrender of the Japanese garrison on Wake Island 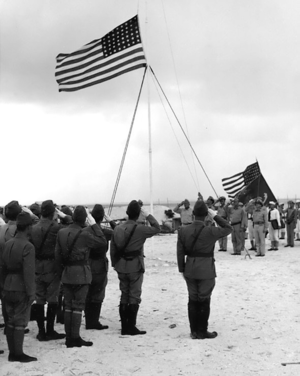 Lorie (Gilliland) Christian
Can the following be added somehow? L Company, 127th Infantry Regiment of the 32nd Red Arrow Division. Part of the battle of Buna Mission, New Guinea, one of the first offensive campaigns of WWII to recover the south Pacific from the Japanese. My husband's grandfather was a colonel on this offensive and I have some battle photos that can be added to the site.
posted Jan 15, 2018 by Lorie (Gilliland) Christian

Source: "The Blue Devils in Italy; A History of the 88th Infantry Division in World War II" by John Delaney, Battery Press, 1947. Many divisions headed to Italy stopped in N. Africa for additional training.

Steve Cole
Add the following to the list of BATTLES.

Steve Cole
The list of US Divisions is missing a few or has them listed in same line with other divisions that did not serve with them.

Some of these divisions, such as 91st & 92nd arrived piecemeal into combat. One regiment would go to the front before the entire division arrived.

Terry Wright
I agree with Juls it really adds to the page wonderful job Mary
posted Dec 09, 2015 by Terry Wright