[send private message]
This page has been accessed 1,170 times.

Late Pleistocene Era - Prehistoric fossils of mammoths, horses, camels, sloths, and bison of the Late Pleistocene era were discovered in the county, as well as artifacts from the Paleo-Indian period.
1528-30- Cabeza de Vaca and three other survivors of a ship wreck lived in this area with friendly Indians. [2]
1680 French explorer La Salle explored.
1720 - the first settlement which was a Spanish mission and presidio. Mission Espiritu Santo de Zuniga. Mission friars, sent here to Christianize and civilize the Karankawa Indians. Stray stock from these missions gave nucleus for the herds of wild cattle of South Texas. [2]
1721 Presidio La Bahia, founded 1721 within present Victoria County, has been restored on a later site, in Goliad.[3]

April, 1722- Nuestra Señora de Loreto Presidio and Nuestra Señora del Espíritu Santo de Zúñiga Mission (La Bahía missions) were established near the ruins of the French Fort St. Louis, which marked the first Spanish settlement after Fort St. Louis was begun, 1680..This was moved due Indian destruction and lack of military support.[2]
1749, the fathers cultivated hay and corn, exporting the excess to East Texas and San Antonio. La Bahia Road, Opelousas, or Lower Road was a method of travel.[4][2]

1835 Over 100 titles to land grants were issued by the Mexican government. La Bahía ranch, De León, who had amassed 5,000 branded cattle by the time he started his colony, established Victoria County's claim to be the "Cradle of the Texas Cattle Industry.
1836 -"Placido Benavides, son-in-law of De Leon, commanded Victoria militia, which as part of army of Gen. Sam Houston, opposed Mexican countrymen during the Texas Revolution.
1837 - After the establishment of the Republic of Texas, Victoria County was officially organized.

Many settlers from the Old South immigrated to the area establishing the "plantation-based type of settlements, supported by slaves.

1840, 1842, --The Karankawas were last seen at Kemper's Bluff before fleeing to Mexico. Great Comanche raid of 1840 destroyed the port of Linnville.

1854 - Navigation of Guadalupe River began with line of steamers between Victoria and Indianola. Kemper's Bluff was principal cotton loading point. Known as "Cradle of the Cattle Industry in Texas",[5]

1832- -De León's colonists were settled in all of the territory of present Victoria and Calhoun counties as well as part Lavaca, Jackson, and DeWitt counties. This area constituted Guadalupe Victoria as a district under the Mexican government in 1832 and Coahuila, 1835.[2]
1836 - Placido Benavides, son-in-law of De Leon, was Victoria militia commander, andfought the Mexican army during the Texas Revolution and the battle of San Jacinto..

17 March, 1836--Victoria County was created as a county
1846 - German settlements were large and influential at Coletoville, Mission Valley, and Victoria. [2]
Feb, 1851 The first toll bridge was built across the river at Victoria by Richard Owens and Sylvester Sutton. [6]

1853, Several boats, such as the William Penn, owned by Jesse O. Wheeler, were making regular trips from Victoria (via the the Guadalupe River) to Saluria, a port formerly on Matagorda Island 3 miles across Matagorda Bay from the site of present Port O'Connor
1854 - line of steamers between Victoria and Indianola were operating. [7]
1855, The move for a free bridge began
1861- Victoria County for secession from the Union ( 880 to 313). Some 300 county men served in the Confederacy. 48 died of wounds/disease.[2]

1862-63 - Camp Henry E. McCulloch was established about four miles from Victoria under the command of Col. R. R. Garland, who trained 643 men of the Sixth Texas Infantry,[2]
1863 -Confederate General John B. Magruder destroys the railroad from Port Lavaca to Victoria to keep it out of Union hand and sank, trees and boats into the Guadalupe River.[2]

1867-1869 County is occupied by federal troops. Violence by those same troops results in the axing death and corpse mutilation of local official Benjamin F. Hill, who is at the time incarcerated for an alleged self-defense killing of a discharged Union soldier. [2]
1873 Gulf, Western Texas and Pacific Railway connects Victoria with Cuero and the coast.

1930 - oil and gas wells were struck at McFaddin

July 1967 -Victoria Barge Canal was completed to the plant, connected Victoria County with the Intercoastal Canal, which carried almost 10 percent of United States domestic commerce in 1976.
1996-2002 -Archeologists of the Texas Historical commission excavated on the Keeran Ranch site (1996–2002). Excavations found the 8 French (300 yr old) cannons. This confirmed that the Spanish Nuestra Señora de Loreto de la Bahía Presidio was built on the La Salle settlement site early in 1722. Domingo Ramon had even occupied the site in 1721. Of 157,726 artifacts recovered from the site, there were an estimate of 10 percent artifacts of French provenance, the remainder being of Spanish and Indian.[8] [9]

1834 -O’Connor Family Ranches, in Goliad, Refugio and Victoria Counties - 500,000 Acres, Primary USE:- Cow-calf, Founded in 1834 Thomas O'Connor arrived in Texas in 1834 (age 14). By the time he was 17, he fought in the Battle of San Jacinto, and when he was 28 he registered the TC brand. O'Connor died 1887, leaving the ranch to children, then grandchildren. descendants share ownership of the land. In 1910 a grandson of Tom gave Henrietta King and Robert Kleberg a healthy black Brahman bull. First born was a King Ranch cow. That cow produced a Brahman bull, 1920, Monkey, (known for deep red bull that founded the Santa Gertrud's breed. [10]

1849 Victoria County Courthouse was designed/built by Richard Owens. Victoria had hopes this courthouse would provide the added stimulus to bring a district court to Victoria County. This building building survived until January/February of 1892. Then the building was auctioned off to make way a newer courthouse. [11]

1892 Courthouse was built Feb 15th -Dec- 21, 1892 was designed by by J. Riely Gordon who designs many great courthouses. It was Romanesque Revival Style and has similarities to the Fayette County Courthouse in La Grange, which had been constructed by Gordon the previous year. It had a hipped roof with cross gables, corner pinnacles and polychromatic stonework. In the 1940s, the atrium was modified to be space for offices. As space requirements arose again, the residents requested commissioners to save the courthouse. This building was spiffed up, and a new unimaginative building was constructed on the NE corner of the square.[11]

NOTE: Following the building of 1967 courthouse, to protect the old 1892 building, visitors must now enter the new building to gain access to the 1892 Courthouse.

Of note: from The handbook of Texas: The 1990 United States census revealed that 1,175,888 Texans claimed pure and 1,775,838 claim partial German ancestry. This equals to 2,951,726 Texans with German ancestry (17½% of the state's total population). This gives a result that Germans rank behind Hispanics, and are the 3rd largest national origin group. [12]

Most of the emigrant German's tended to settle in a broad, yet fragmented belt. This is evident in Galveston, Houston, Kerrville, Boerne, Fredericksburg, Mason county, Hondo, Lindsay in Cooke County, Waka in Ochiltree County, Hurnville in Clay County, Russian German Baptist; and Lockett in Wilbarger County into the very heavily settled Hill County north and near San Antonio, Austin, Texas. [12]A majority settled in a broad, fragmented belt across the south central part of the state. This belt stretched from Galveston and Houston on the east to Kerrville, Mason, and Hondo in the west; from the fertile, humid Coastal Plain to the semiarid Hill Country and even Muenster, in North Texas. [12]

Victoria county is in southeastern Texas on the Coastal Plain, between the southern and eastern extremities of the Texas Gulf Coast.

River drainage in NE half of the county drains into Lavaca Bay, through the Garcitas, Arenosa, and Placedo creeks. The SW area is drained by the Guadalupe, San Antonio rivers and Coleto Creek.

100 titles to land grants were issued by the Mexican government by 1835 to Martin De Leon (La Bahia Ranch). 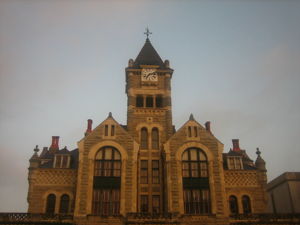 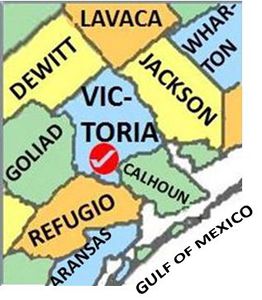 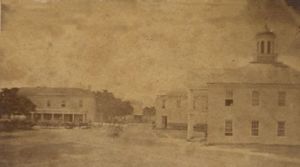 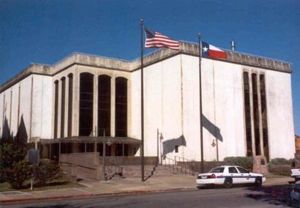