[send private message]
Last profile change on 7 Aug 2022
19:44: Azure Robinson edited the Text, Location, Name and Status Indicator on Wawarsing Hamlet, New York One Place Study. [Thank Azure for this]
This page has been accessed 20 times.
Back to One Place Studies Project

The Wawarsing Church was organized in 1740. The Church building was located in Warwarsing Hamlet from 1745 to 1883. 1745 October 20th dates the dedication of the church and the begining of the church records. E D Witt, Abraham Bevier, Johannes Vernoy and Lourens Kortrecht were recorded as church masters that year.

The parsonage at Wawarsing was sold to Lodowic Hoornbeek on 1829 Nov 14. A new parsonage was to be in Napanoch.

This volume starts with the dedication of the church in 1745 and continues to 1883. Age, damage and a missing page makes some entries irretrievable, especially for the 1760s.

Baptisms: Most of the entries in this volume are about the baptism of children. Initially children of single mothers were labeled illegitimate, but later only the father was not noted so care was taken to note why a parent was not present for the baptism, for example; they were not a member of the church. Early baptisms often recorded witnesses, but the practice was discontinued in the 1790s. Children’s baptisms for the DeWitt, Bevier, and DuPuy families usually included witnesses. Other than a drop in the 1870s the number of children’s baptisms recorded increased until the 1800s then declined to levels lower than those of the 1760s. Throughout the volume most of the children’s baptisms were for the DeWitt, Bevier, VerNooy, Hoornbeek, Oosterhout, and NewKirk families. There are some baptisms for adults when they became members and even whole families.

Membership: Except for the initial membership for which there is no record the people who joined and left the church was poorly recorded. This conclusion is come by when comparing the only membership roster of 1842 to the chronological entries. Still there are informative entries such as the group who migrated from Holland and were in Wawarsing for a time before moving on to Grand Rapids, except for one who can be located in the cemetery.

Marriages: Initially marriages recorded in the volume were not conducted at the church. Not very many marriages were recorded. There are none at all for the 1800s and 1810s, and most are for the 1830s.

The Reformed Dutch Church at Wawarsing purchased the burying ground from the VerNooy family with deeds dated 1828, 1842, and 1854.

Of the surviving monuments at this cemetery several have been damaged, fallen over or sunk into the ground. From John G Gray’s partial survey of 1899 it is evident that blank stones were used or the inscriptions were so shallow that they appeared to be blank in 1899. There seemed to have been some conservation efforts judging from some of the photos at Find a Grave.

There are two major inscription styles; date of death with age at death (d&a), and date of birth with date of death (b&d). The first style is more prevalent and earlier than the second style. 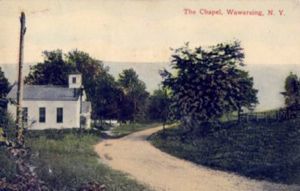 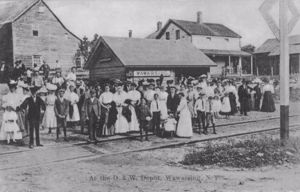 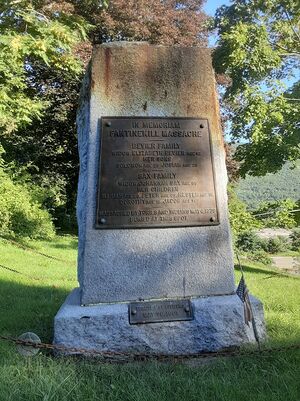 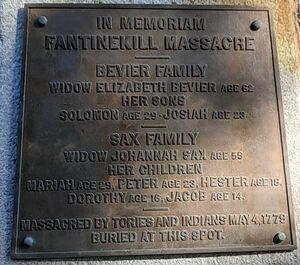 Douglas Furman
Nice page. I enjoyed reading the timeline for Wawarsing. It's nice to see a small hamlet get some attention. I posted two photos that I took today of the Fantinekill Massacre monument.
posted on Wawarsing Hamlet (merged) Sep 07, 2021 by Douglas Furman

Ellen Smith
Because a hamlet is not logically a subtopic of the cemetery located in the hamlet (nor a subtopic of the church records book), I changed the categories for those topics from parent categories to links. You are likely to want to change the way they display (or move them to a different part of the page).
posted on Wawarsing Hamlet (merged) Aug 22, 2018 by Ellen Smith

Mags Gaulden
This Free space Profile should be nominated for Profile Of The Month! Mags
posted on Wawarsing Hamlet (merged) Aug 17, 2014 by Mags Gaulden