Welcome to the state of West Virginia Project!

The purpose of this project is to coordinate all West Virginia related projects and resources and combine that information into one place.
Back to West Virginia Project

West Virginia was admitted to the Union following the Wheeling Conventions of 1861. West Virginia was the only state to form by separating from a Confederate state, and the first to separate from any state since Maine separated from Massachusetts.

1607 - Virginia Colony established by England
1671 - Thomas Batts and Robert Fallam discover waters flowing westward into the Ohio River and help establish English claims to the Ohio Valley
1719 - The Potomoke Church at Shepherdstown was the first church founded in West Virginia by Presbyterians
1722 - Virginia government allows families to live rent-free on land owned by the state for ten years to try to encourage settlers
Iroquois surrender claims to land south of the Ohio River in addition to counties in the east
1725 - Western Appalachians explored by fur traders
1727 - Settlement at New Mecklenburg founded by Pennsylvania Germans
1731 - Morgan establishes first settlement in present West Virginia near Bunker Hill in Berkeley County
1732 - Scotch-Irish, Welsh, and German pioneers settle the western portions of Virginia
1742 - Coal discovered by John Howard and John Peter Salley on Coal River near Racine
1744 - Territory between the Allegheny Mountains and the Ohio River ceded to the English by Native Americans of the Six Nations

1789 - Daniel Boone commissioned lieutenant colonel of the Kanawha Militia
1791 - Daniel Boone elected as a delegate to the Virginia Assembly
1800 - 78,000 people in West Virginia, with 35,000 west of the Alleghenies; 13 counties, 8 post offices, and 19 incorporated towns
1830 - Separation of western Virginia from eastern Virginia proposed by The Wheeling Gazette
1851 - Joseph Johnson, Bridgeport becomes the only governor of Virginia to chosen by popular vote and to come from the western part of the state
New constitution grants concessions to the western Virginia
1861 - Civil War: West Virginia contributes about 32,000 soldiers to the Union Army and about 10,000 to the Confederate
Union victories forces Confederate out of the Monongahela and Kanawha valleys; see US Civil War between the States Project
1862 - January - Colored School Board of Parkersburg, West Virginia, formed by seven men and organize a day school for African American children; first public school for African Americans
April - Voters approve the new Constitution for West Virginia
1865 - First free public school opens in Charleston
February 3 - Governor approves an act abolishing slavery and provides for emancipation of all slaves
April 9 - Civil War ends
1866 - State constitution deny citizenship and suffrage to all persons who had supported the Confederacy
1869 - February 10 - Charleston named the seat of government
March 23 - West Virginia State Senate ratifies the Fifteenth Amendment to the United States Constitution
1881 - February 3 - Governor approves a bill allowing all eligible voting citizens, including African Americans, to be jurors
1885 - Charleston becomes the permanent state capital

West Virginia in the Great War

History of West Virginia, old and new : in one volume : and West Virginia biography in two additional volumes - Family search.org 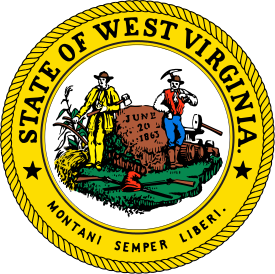 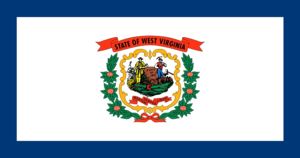 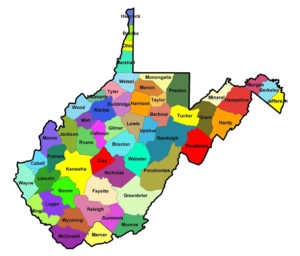 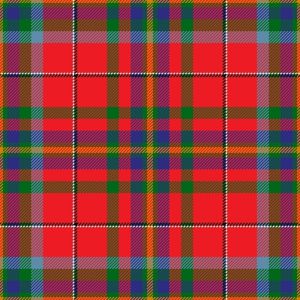 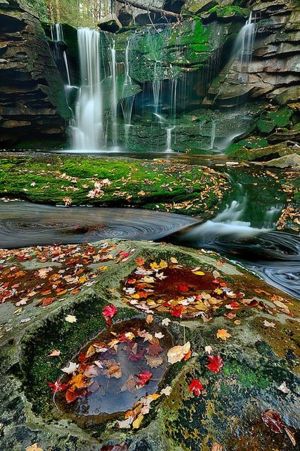 Amy (Crawford) Gilpin
Please remove Category:West Virginia, Name Studies from this page. It is not part of the approved structure for One Name Studies. Thank you for your understanding and cooperation.