He served as a private in Co C, 8th MS Infantry, CSA which also included his brother-in-law Mark Sullivan,

The following concerning John's military time comes from Portraits of Conflict A Photographic History of Mississippi in the Civil War, with additional information and corrections in [brackets].

"Twenty-nine year old John Spell was a farm laborer when he enrolled at Raleigh, Mississippi on June 1, 1861, as a private in the True Confederates, most of whom were from Smith County. Early in October 1861, the unit became Co C of the 8th Mississippi Infantry.

Spell's regiment came under artillery fire at Fort Pickens, Florida, in November 1861, but it saw no serious fighting until Stones River, [Murfreesboro, TN] where it suffered 133 casualties. Spell apparently was sick in the hospital during the battle and did not return to his regiment until January 1863. After Stones River, the 8th Mississippi was detached from the Army of Tennessee and sent to Bridgeport, AL [near present day Tuscaloosa]. From there, Spell's regiment hunted bushwhackers and deserters in the pro-Union counties in North Alabama. Sometime in August 1863, the 8th Mississippi rejoined the Army of Tennessee in Chattanooga. On August 27, a Federal artillery shell killed thee men and wounded another soldier in Spell's regiment. On September 9, 1863, Bragg abandoned Chattanooga and withdrew into Georgia. Rosecrans' troops entered the city the same day. Two other Union columns moved southwest of Chattanooga and tried to cut off what appeared to be a full scale retreat by the Army of Tennessee. However, thousands of reinforcements were being rushed to Bragg. On September 19, 1863, his command, which now numbered at least 60,000 men struck the Union army along Chickamauga Creek.

John Spell surrendered with the 8th Mississippi Infantry in North Carolina and returned to Smith County, Mississippi. He lived in Sullivan's Hollow nera Mize until his death in January [1914]."[2] 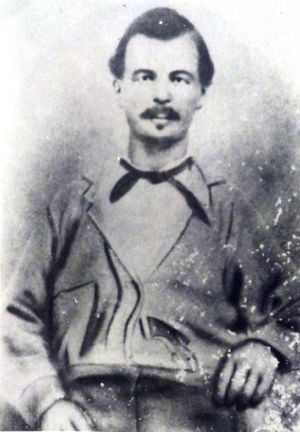 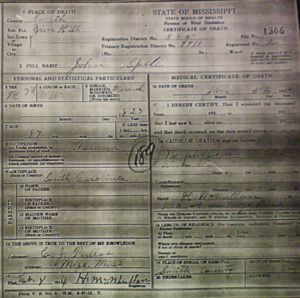 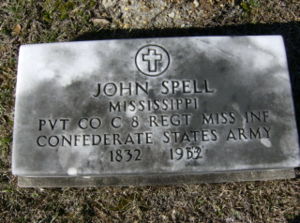 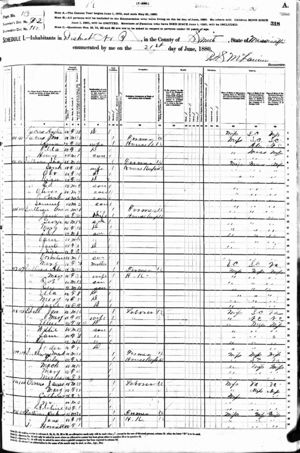 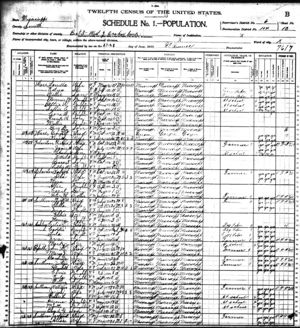