Victor Spencer was a member of aristocracy in England.

He was the son of Francis George Spencer, 2nd Baron Churchill of Whichwood and the Lady Jane Conyngham.[1] He was born on the 23rd of October 1864 at 32 Albemarle Street, London, England.[1][2] He was educated between 1878 and 1879 at Eton College, Windsor, Berkshire, England.[3] He was educated at Royal Military College, Sandhurst, Berkshire, England.[3] He was married twice, firstly to the Lady Verena Maud Lowther, daughter of Henry Lowther, 3rd Earl of Lonsdale and Emily Susan Caulfeild, on the 1st of January 1887 at Cottesmore, Rutland, England.[4][5] He and the Lady Verena Maud Lowther were divorced in 1927 at Scotland.[6] He married, secondly, Christine McRae Sinclair, daughter of William Sinclair, on the 29th of August 1927 at St. Columba's Church, Pont Street, London, England.[3][7] He died on the 3rd of January 1934 at the age of 69 at Langlee House, Roxburghshire, Scotland, from pneumonia.[3] 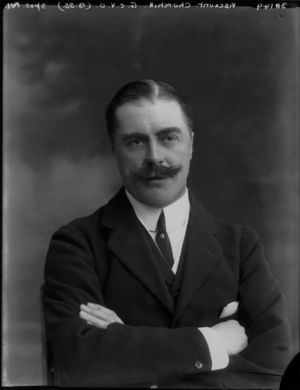 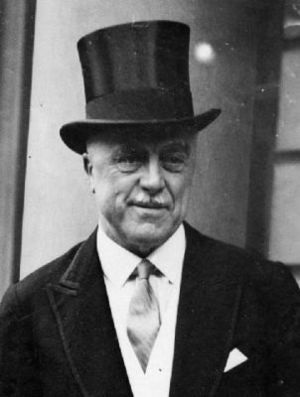 Victor is 19 degrees from Peter Roberts, 15 degrees from Emma Smith and 12 degrees from Henry VIII of England on our single family tree. Login to find your connection.