Samuel was born about 1842 in Massachusetts.

He was the son of Louisa and Samuel Spencer, and the twin brother of Ann Spencer.

Corporal in Company A of the 54th Massachusetts Volunteer Infantry of the Union Army, the first regiment in the United States made up entirely of enlisted men of color. He was about 20 years old, single and working as a farmer when he enlisted on 18 February 1863 in North Lee, Massachusetts. He died of wounds on 6 September 1863 on Morris Island in South Carolina.

He is buried at Beaufort National Cemetery in Beaufort, South Carolina.

Is Aaron your ancestor? Please don't go away!

ask our community of genealogists a question.
Sponsored Search by Ancestry.com
DNA
No known carriers of Aaron's ancestors' DNA have taken a DNA test. 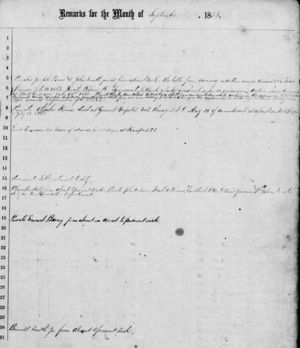