Simeon Spencer was one of the Founding Fathers of St. Albans Vermont.
.

Simeon Spencer was born about 1739 in Haddam, Connecticut. Simeon is the son of Timothy Spencer.

Simeon Spencer, Timothy Spencer, and Taylor Spencer were among the first to settlers in what later became the town of Springfield, Vermont. The brothers sought out and bought a parcel of land there that became known as "Spencer Hollow". They thought it was ideal because it had a good brook running through it, and the Skitchewaug Mountain protected the hollow from Indian raiding parties.

Simeon Spencer enlists in the military in about 1761 under the leadership of General Wolfe. (It cannot be known what part Simeon played, but General Wolfe used troop movements as diversions to confuse enemy forces. Likely, scouts served importantly in that activity.)

In the Haddam force, led by Lt. Josiah Brainerd (his second cousin once removed), Simeon fought at the Plains of Abraham as a Scout. (Many historians report that the victory of that battle caused the collapse of Quebec City and was critical in insuring the British victory of the war.) In that battle Simeon was wounded in the thigh by a French sword. Simeon worried about the wound's healing but later in the family bible wrote thanks to God.

Later, Simeon served as a scout in the Revolutionary War. Sent out from Springfield in July 1777. He initially served under Captain Zerathmen Powers. On 10 October 1778, he is listed as a third sergeant in Col Marsh's regiment, under Lt Joseph Little. On Oct 24, 1781 he appeared to be an aid to Capt Abner Bisbee. Just previous to that time, he had "gone on alarm for Springfield" with other men from Col Wood's regiment. (From Rolls of the soldiers in the revolutionary war, 1775 to 1783 by Vermont; Goodrich, cited below.)

Simeon began his family by marring Esther Gould in 1764 at Springfield, Vermont. His wife Esther was born on December 31, 1738 in Groton, Middlesex County, Connecticut. Esther is the daughter of Nehemiah Gould and Esther Bowers. Together with his family they built and developed the farm, which became known as the "Harvey Slade Place".

Simeon Spencer and Esther (Gould) Spencer had the following children:

Jonas marries second to Mercy (Tower) Shattuck on September 26, 1822. Mercy was born on January 31, 1779 the daughter of Isaac and Betsey (Stoddard) Tower and widow of Lemuel Shattuck. Mercy dies on December 4, 1856 in Springfield. Jonas dies on October 2, 1839 in Springfield, Vermont.

WikiTree profile Spencer-1767 created through the import of Tom.ged on Jun 1, 2011 by Tom Elliott.

See the Changes page for the details of edits.

Is Simeon your ancestor? Please don't go away!

ask our community of genealogists a question.
Sponsored Search by Ancestry.com
DNA Connections
It may be possible to confirm family relationships with Simeon by comparing test results with other carriers of his Y-chromosome or his mother's mitochondrial DNA. Y-chromosome DNA test-takers in his direct paternal line on WikiTree: It is likely that these autosomal DNA test-takers will share DNA with Simeon: 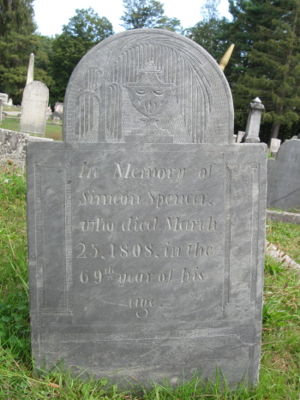 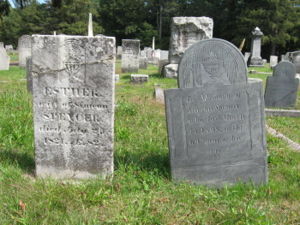 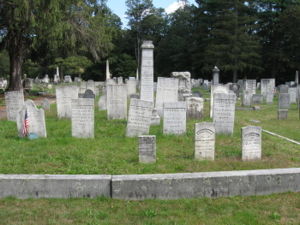 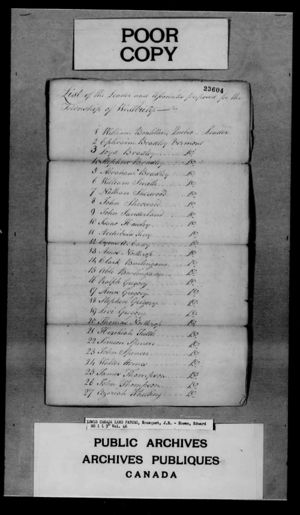 Simeon is 18 degrees from Peter Roberts, 11 degrees from Emma Smith and 13 degrees from Henry VIII of England on our single family tree. Login to find your connection.