William was born in 1831. His brother was Nathan Spencer, his sister-in-law was Matilda Jane (nee Reynolds) Spencer. During the Civil War: "They were both were both taken by the [Confederate] rebels one night and forced to go to an enlistment camp near Washington, N.C. While they were being taken to the camp, they heard about the conditions there -- the recruits were starving, and epidemics were killing many. They decided they had to get away, and at Plymouth they broke ranks and took off through the woods. The rebel soldiers fired shots after them, but didn't catch them. They got separated, and William went back to his farm. But Nathan was so scared he didn't stop running until he reached the Yankee camp and signed up with them -- he figured it was the only way to stay out of that rebel camp. Meanwhile, William farmed his land during the day, but was afraid the rebels would come looking for him while he slept. So he hid in a hollow tree each night keeping his gun nearby. So Nathan ended up on the winning side and got to collect a pension, and William didn't!" ~ As told by Alton Spencer, grandson to William Spencer to Mark Bateman, grandson of Nathan Spencer. 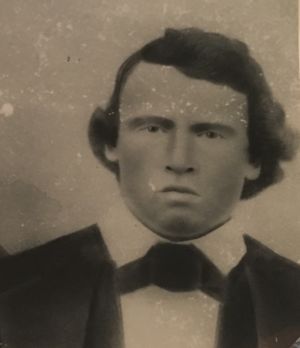 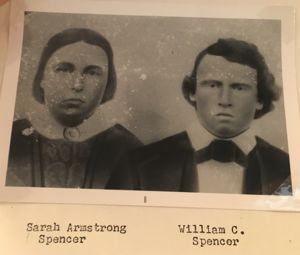 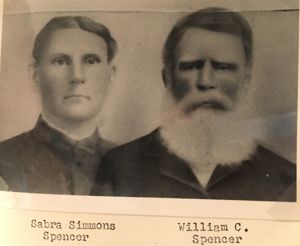