He briefly served as Lord Privy Seal in 1755.

He is best known for his service in the early part of the Seven Years' War. He led the Raid on St Malo, a naval descent against the French coastal port, in 1758. Following the Capture of Emden he led the British expeditionary force sent to join Ferdinand of Brunswick's Army of Observation on Continental Europe but died in 1758, leaving command to John Manners, Marquess of Granby.

He was one of the original governors of London's Foundling Hospital, the foundation of which in 1739 marked a watershed in British child care advocacy and attitudes.

He and his wife Elizabeth Trevor had five children:

Brothers and Sisters of the 3rd Duke

WikiTree profile Spencer-2671 created through the import of Spencer Family Tree 4 2002.GED on Nov 28, 2011 by Chet Spencer. See the Changes page for the details of edits by Chet and others. 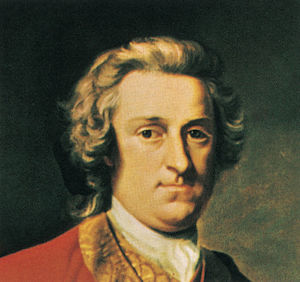