Diana (Spencer) Mountbatten-Windsor is a member of the House of Windsor.

Diana, Princess of Wales, was the first wife of Charles, Prince of Wales. She was born on 1 July 1961, in Sandringham, Norfolk, the daughter of Edward, 8th Earl Spencer and Hon Frances Roche.

Diana's father Edward, 8th Earl Spencer, was almost exclusively English, apart from one branch, the Binghams, which had been present in County Mayo, Ireland, since the 1600s. Edward traced his ancestry to Charles II (via his son Henry Fitzroy, b.1663) and also Charles' younger brother James II (via his daughter Henrietta FitzJames, b.1667).

On the maternal side, Diana had a more varied ancestry. Her maternal grandmother Ruth Sylvia Gill, a trusted staff member of the British royal family for decades, was almost entirely Scottish going back many centuries. Diana's maternal grandfather, the Harvard-educated Edmond Maurice Burke Roche, 4th Baron Fermoy, descended paternally from the Roche family of County Cork, Ireland, while his mother, Frances Eleanor Work (Diana's great-grandmother) was born and died in New York, of a family which had, for the most part, been present in North America since the 1600s.

Princess Diana died on 31 August 1997, when she was fatally injured in a car crash in Paris, France. The enormous outpouring of grief, on a global scale [1], when her life was cut short was attributed to the love she showed people in desperate need, through her fearless work for those with AIDS and casualties of land mines (a United Nations initiative), as well as her charity work for cancer and leprosy, and her devotion to her children, William and Harry.

Sponsored Search by Ancestry.com
DNA
No known carriers of Diana's DNA have taken a DNA test. 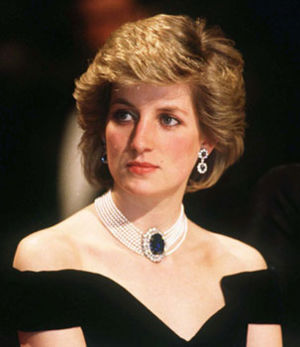 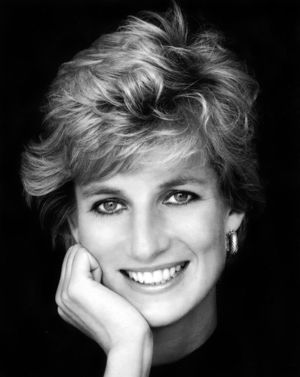 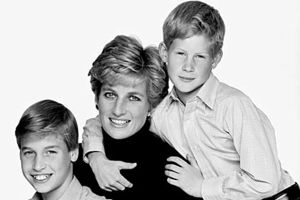 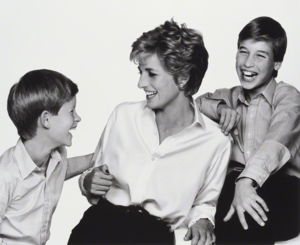 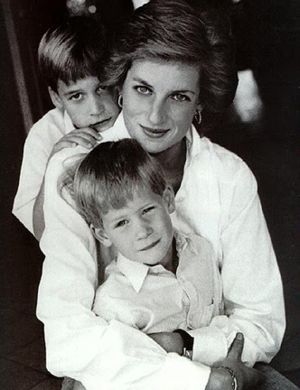 John Akard III
I have read that after her divorce, Diana lost the Style, Her Royal Highness but retained the Princess of Wales because she was still the mother of then second and third in line for the throne. From her father, the 8th Earl Spencer, she was entitled to the honorific, "Lady." Thus she was Lady Diana, Princess of Wales (born Spencer) at her death.

I believe the full name as you have it now is confusing and in need of improving. If I may suggest, Prefix;Lady, Proper first name; Diana , Preferred first name; left blank, Nick name; Princess Di, Middle name; Frances, Last name at birth; Spencer, Current last name; Princess of Wales, Other last name; of the House of Windsor.