Taylor Spencer was born on March 18, 1745 in Haddam, Middlesex County, Connecticut. Taylor Spencer is the son of Timothy Spencer and unknown mother.

As listed in the "History of Springfield," Tayor was involved in the organization of the town on March 4, 1764. Later with his brother Simeon, they establish "Spencer Hollow".

During the Revolutionary War, Ensign Taylor Spencer is assigned to the Fort at Crown Point ("Pointe à la Chevelure"), New York. He dies in Crown Point, New York in about 1812.

No Headstone or burial plot has been found of Taylor Spencer, neither in Vermont nor New York. However, Taylor's name does appear on the list of "Soldiers of the Revolutionary War Buried in Vermont, see page 79.

Children of Taylor Spencer and Mary Davis are:

2. Eunice Spencer was born on May 9, 1771 in Springfield, Vermont. Marries to Edmund Town of Windsor, Windsor, Vermont.

15. Theodosius Spencer was born on October 2, 1793 in Springfield, Vermont.

16. Phinehas Spencer was born on February 8, 1796 in Springfield, Vermont.

Taylor and Timothy Spencer were one of the first inhabitants of Springfield. In the spring of 1764 they took part in organizing the Town.

In a "warrant" sent to Simon Stevens, Constable of Springfield, the inhabitants of Springfield assumed upon themselves the rights and charters that had been given to Proprieters in a previous land settlement by the Crown. Since only one of the original proprieters actually settled on those lands, the town of Springfield sought to incorporate those lands. This would also solve another problem--"squatters" who had settled on those lands, had not purchased the lands nor paid any taxes to the Crown. (These papers became known as the "Stevens Papers." The majority of those squatters did purchase the land they had illegally settled on eventually.)

Is Taylor your ancestor? Please don't go away!

ask our community of genealogists a question.
Sponsored Search by Ancestry.com
DNA Connections
It may be possible to confirm family relationships with Taylor by comparing test results with other carriers of his Y-chromosome or his mother's mitochondrial DNA. Y-chromosome DNA test-takers in his direct paternal line on WikiTree: It is likely that these autosomal DNA test-takers will share DNA with Taylor: 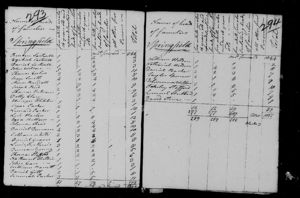 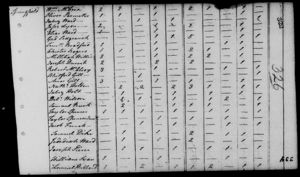 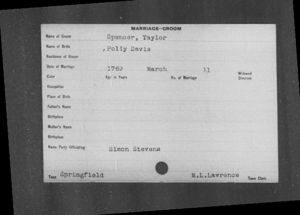 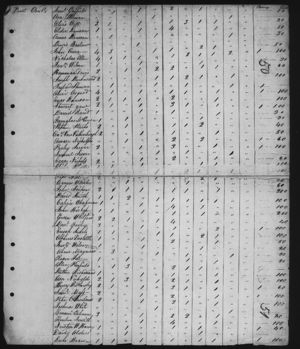 Soldiers of the Revolutionary War Buried in Vermont

Taylor is 18 degrees from Peter Roberts, 11 degrees from Emma Smith and 13 degrees from Henry VIII of England on our single family tree. Login to find your connection.