Sylvanius Watson Spencer was born on April 4, 1843 at Imlay City, Lapeer, Michigan, USA. Sylvanius is the son of Cyrus Spencer and Polly Huntley.

Children of Sylvanius Spencer and Ida McHenry are:

1. Violet M. Spencer was born in about 1884 in McKinley, Oscoda, Michigan. Violet marries to William Brown on April 8, 1901 at Atlanta, Montmorency, Michigan. William was born about 1873 in New York. William is the son of Albert Brown and Jane Van Warren.

2. Pearl Ruby Spencer was born on March 20, 1889 at Mc Kinley, Oscoda, Michigan. Pearl marries to Fred Rasmusson on November 25, 1915 at Lucas, Ohio. Fred was born about 1889 in Grayling, Michigan. Fred is the son of John Rasmusson and Jensine Johnson.

Attached to State Militia. Tendered its services to the government as an organization and accepted by the government April 23, 1861. On duty at Fort Wayne; Detroit, Mich. Battery reorganized for three years service and mustered in May 28, 1861. Left State for Cincinnati, Ohio, May 31. Duty at Camp Dennison, Ohio, till June 12. Ordered to West Virginia June 12. Attached to McCook's Brigade, Army of Occupation, West Virginia, to August, 1861. Reynolds' Cheat Mountain District, West Virginia. to December, 1861. Artillery, 3rd Division, Army of the Ohio, to September, 1862. 17th Brigade, 3rd Division, 1st Corps, Army of the Ohio, to November, 1862. 2nd Brigade, 1st Division, Center 14th Army Corps, Army of the Cumberland, to January, 1863. Artillery, 1st Division, 14th Army Corps, Army of the Cumberland, to December, 1863. Garrison Artillery, Chattanooga, Tenn., Dept. of the Cumberland, to July, 1865.

Thank you to Beverly Henry for creating Spencer-6343 on 16 Nov 13. Click the Changes tab for the details on contributions by Beverly and others.

Is Sylvanius your ancestor? Please don't go away!

ask our community of genealogists a question.
Sponsored Search by Ancestry.com
DNA Connections
It may be possible to confirm family relationships with Sylvanius by comparing test results with other carriers of his Y-chromosome or his mother's mitochondrial DNA. Y-chromosome DNA test-takers in his direct paternal line on WikiTree: It is likely that these autosomal DNA test-takers will share DNA with Sylvanius: 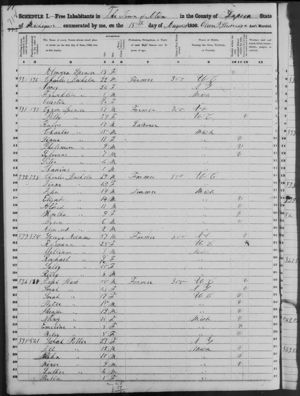 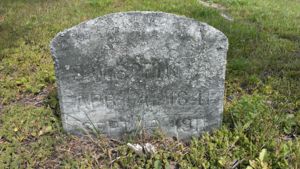 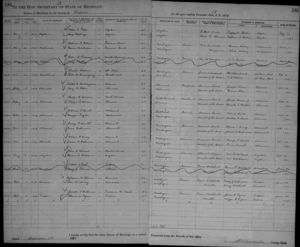 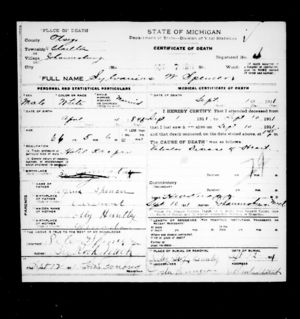 Sylvanius is 20 degrees from Peter Roberts, 9 degrees from Emma Smith and 16 degrees from Henry VIII of England on our single family tree. Login to find your connection.