Albert W. Spencer was born on January 20, 1823 in Kitley, Ontario, Canada. Albert is the son of Norman Spencer and Ruth Huntley.

Albert marries second to Sarah "Sally" P. West in 1850 in Lapeer, Michigan. Sallie is the daughter of Unknown and Unknown.

Children of Albert Spencer and Harriet Delaney Wilcox are:

2. Albert Allen Spencer born on March 6, 1848 in Michigan. He died at Concord Township, Dodge County, Minnessota on December 13, 1913. Alberta marries to Bridget A. Garrety on September 12, 1869 at Jones County, Iowa. Bridget was born in about June of 1843 at Vermont and died at Rochester Olmstead County, Minnesota on July 1, 1908.

Children of Albert Spencer and Sallie P. West are:

ask our community of genealogists a question.
Sponsored Search by Ancestry.com
DNA Connections
It may be possible to confirm family relationships with Albert by comparing test results with other carriers of his Y-chromosome or his mother's mitochondrial DNA. Y-chromosome DNA test-takers in his direct paternal line on WikiTree: It is likely that these autosomal DNA test-takers will share DNA with Albert: 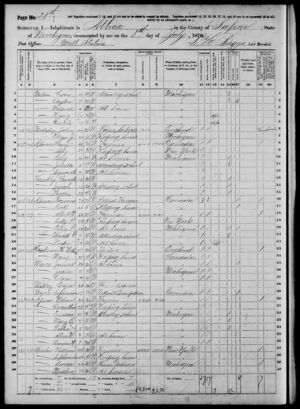 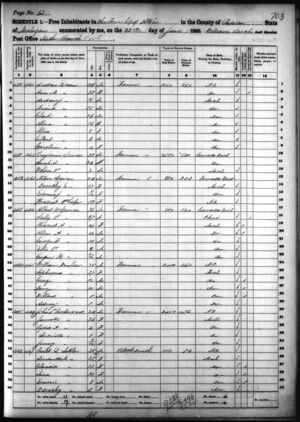 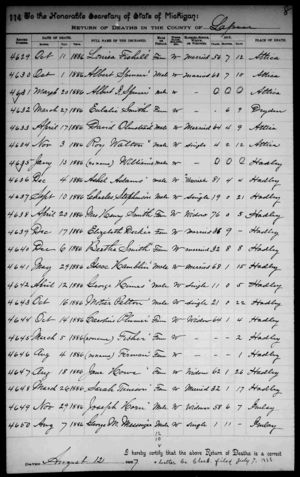 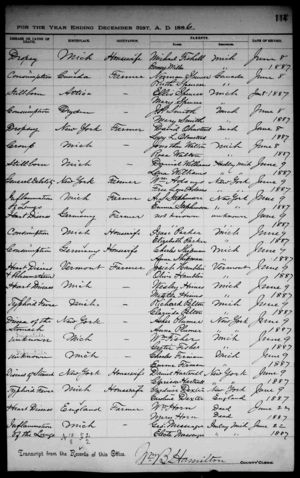 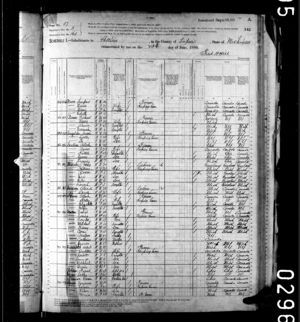 Albert is 19 degrees from Danielle Liard, 13 degrees from Jack London and 15 degrees from Henry VIII of England on our single family tree. Login to find your connection.