John Spencer-Churchill was a member of the aristocracy in England.

He was styled as Earl of Sunderland between 1822 and 1840. He was styled as Marquess of Blandford between 1840 and 1857. , Viceroy. "His adminstration of Ireland was popular, and he endeavoured to benefit the trade of the country." He began a series of sales of the family collections which was carried on by his successor. In 1875 'the Marlborough Gems' were sold as one lot by Christies for £10,000, the 'the Sunderland Library' realised £60,000; in 1883 'the Blenheim enamels' fetched above £73,000; while in 1884-85 eleven pictures were sold, with two (Raphael's 'Madonna degli Ansidei' for £70,000 and Vandyke's 'Equestrian portraits of Charles I' for £17,500) purchased for the nation. 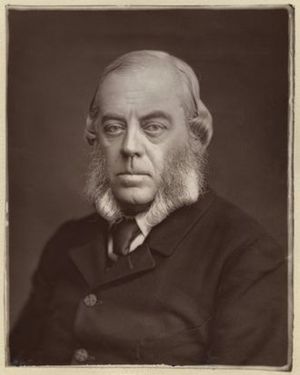 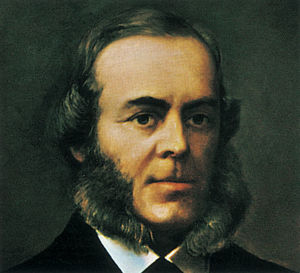 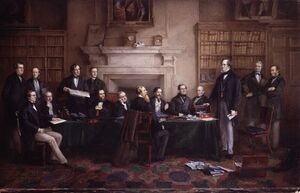