Jonathan Sprague
Born before 28 May 1648 in Hingham, Suffolk, Massachusetts Bay

Jonathan Sprague was baptized at Hingham, Massachusetts on May 28, 1648, son of William and Millicent (Eames) Sprague. [1]

A Jonathan Sprague, possibly the man profiled here, had married an Elizabeth (Harding?) by 1670, when they had a daughter Elizabeth in Weymouth, Massachusetts.[2][3] If this was the man profiled here, his first wife Elizabeth must have died in childbirth or soon thereafter; no record of that found in Weymouth. So, the man who married Elizabeth and had a daughter Elizabeth in 1670 may have been a different Jonathan Sprague. Further research needed.

This Jonathan Sprague definitely married by about 1670, Mehitable Holbrook, although no record of the wedding has been found. Mehitable was born c1648/9, daughter of Captain William and Elizabeth (Pitts) Holbrook. [1] [4] [5]

In the will, written of William Holbrook written July 17, 1699, Mehitable's father left a bequest to his daughter Mehetable Sprague, to be paid by her husband Jonathan Sprague, out of 'money in the latter's hands, that belonged to the testator.' [1]

Mehitable died at the age of 69 on January 7, 1710 and is buried in the Austin/Thayer/Gorton lot in LIncoln, Rhode Island. [6]

When Jonathan Sprague was born in 1638 in Hingham, Massachusetts, his father, William, was 29 and his mother, Millicent, was 23. He married Mehitable Holbrook on July 20, 1670, in Smithfield, Rhode Island. They had at least nine children in 11 years. He died on October 26, 1683, in Mendon, Massachusetts, at the age of 45, and was buried in Lincoln, Rhode Island.

Children of John and Mehitable:

In memory of Jonathan Sprague Esq. who deceased March year 1741 in the 93rd year of his age.

Jonathan Sprague went from Hingham to Mendon, Rhode Island in 1672 to live near his brother, John Sprague and his father-in-law, William Holbrook. In 1675 his father died and left him 60 acres in Providence. In 1687 his taxable estate was 2 oxen, 6 cows, 2 mares, horse, 18 sheep, 8 acres planting ground and six acres meadow. On December 13, 1687 he was fined for refusing jury duty. On July 2, 1695 he was appointed on a committee by the Assembly to propose a method of making rate; also with others to run the eastern line of the Colony. He was the Deputy in 1695-6, 1698, 1700, 1702-11 and 1714. In 1702 he was Justice of the Peace; 1703 Speaker of the House of Deputies; June 22, 1703 he and two others were appointed to draw up a method and proceedings of the Court of Common Pleas. In 1705-12 he was on the Town Council; in 1707 Clerk of the Assembly. On June 16, 1713 he was taxed. On May 23, 1719 he made an agreement with his sons-in-law William Jenckes, John Tefft, and Daniel Brown, deeding them his house and all lands in exchange for maintaining him for life and he to have choice of son-in-law to live with. They were to maintain his horse also. On November 9, 1719 he deeded to his son-in-law Ebenezer Cook certain land. On February 23, 1722 he wrote a long letter to three prominent Presbyterian ministers in Massachusetts, John Danforth, Peter Thatcher, and Joseph Belcher in answer to one they had addressed to him and other citizens concerning the establishment of a church in Providence. Mr. Sprague and other Baptists failed to see the necessity of a Presbyterian church and in his letter gave his views in very vigorous and unmistakable terms. He preached as an exhorter but was never ordained. He lived to the age of 93.

Hingham in Massachusetts to the south of where Boston now is lay the great country of Chickatabut, Chief Sachem of the Massachusetts Indians, who were a branch of the great Algonquin tribe. He ruled as far south as the present town of Duxbury, from where there stretched south and west the territory of Massasoit, Chief of the Wampanoags. A great sickness, some years previously, had depopulated their lands, and neither chief, openly at least, objected to the settlement of his territory by the whites. As early as 1633, what was then known as Bare Cove, now as Hingham, was settled by a few men from Hingham, England. That same year arrived Edmund Hobart, a goodly and pious man, who, having examined Bare Cove, finally settled there in 1635. Soon after his son, the Reverend Peter Hobart, arrived with a large congregation, and Bare Cove became a town under the name of the beloved home city from which the people had been driven. Each year brought fresh accessions to the numbers of the settlers. In April, 1637, Charles, aroused at the large number of departures of emigrants from England to America, made a proclamation which forebade any, except such as would conform, from leaving the kingdom. Where the people had been leaving England openly, they now departed by stealth, so that the numbers of the colonists kept increasing.

ask our community of genealogists a question.
Sponsored Search by Ancestry.com
DNA Connections
It may be possible to confirm family relationships with Jonathan by comparing test results with other carriers of his Y-chromosome or his mother's mitochondrial DNA. Y-chromosome DNA test-takers in his direct paternal line on WikiTree: It is likely that these autosomal DNA test-takers will share some percentage of DNA with Jonathan: 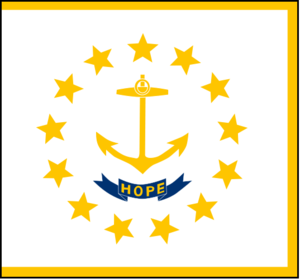 Gerald Jones
Sprague-2516 and Sprague-10 appear to represent the same person because: Clear duplicate.
posted May 17, 2019 by Gerald Jones

Karen Ferrero
I see a merge with the other Sprague husband has been rejected? Same spouse? Same name? Did she marry two Jonathan Spragues?
posted May 17, 2019 by Karen Ferrero

Teresa Downey
Sprague-2516 and Sprague-10 appear to represent the same person because: same name, exact same spouse, exact same parents, same birth date and location, death date within 6 months of each other. Spouses page says nothing about being married to two men with same name. Thank you for reviewing.
posted Apr 09, 2019 by Teresa Downey
Anonymous (Wiggins) W
Thanks for catching that!
posted Feb 10, 2016 by Anonymous (Wiggins) W
Janis (Paulding) Swanson
Sprague-2516 and Sprague-10 do not represent the same person because: These are brothers. One Sprague-2516 died in 1647 at about five years old. Sprague-10 was born in 1648 and went on to marry and have children.
posted Feb 10, 2016 by Janis (Paulding) Swanson
Anonymous (Wiggins) W
Sprague-2516 and Sprague-10 appear to represent the same person because: Now set as brothers with the same parents. Actually the same person.
posted Feb 10, 2016 by Anonymous (Wiggins) W
K (Adamson) A
Jonathan Sprague was married to Mahitable Holbrook, 20 Jul 1670, Providence, RI. He was never married to her sister Elizabeth Holbrook. A nice biography is on FindAGrave, Memorial #17743068. Also the Christening date in Hingham is erroneous - he was baptized 28 May 1846, Hingham. Jonathan was not yet born in 1641.
posted Jul 09, 2014 by K (Adamson) A