She studied piano, voice, and concert ensemble from 1904–16/17 under Edwin Fischer, Papendick, Schönberger, Prevosti, and Wüllner at Lyceum, Sternsches Conservatory in Berlin before continuing her studies at the New Vienna Conservatory as part of Vienna University. [1]

She became a well-known Harpsichordist, soprano, pedagogue, composer, music writer, and music teacher as well as a co-founder for Musica Antica e Nuova.

She worked with various institutions and won various awards, including:

Her elder sister, Susanne Rebeka Stöckel, and her mother, Gertrud were deported to the ghetto Theresienstadt where they would be killed. [1]

Celia and Béla would have a son, Michael Thomas Herman Ottmar Zukmann in 1924. [4]

Celia's uncle, Siegmund Stöckel, was a contractor. [1] Her grandmother was Johanna Kastan. [1]

Research Tools to be Investigated

Reading to be done

Is Celia your ancestor? Please don't go away!

ask our community of genealogists a question.
Sponsored Search by Ancestry.com
DNA
No known carriers of Celia's DNA have taken a DNA test. 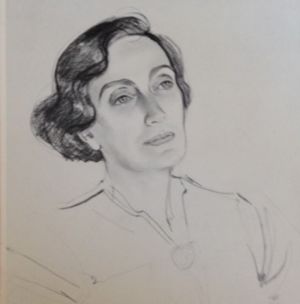 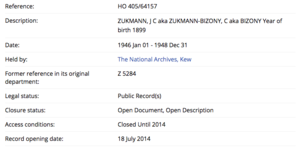 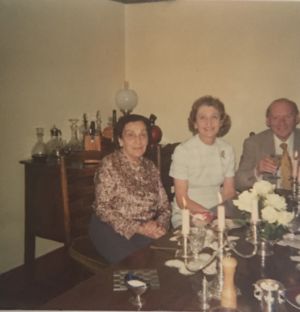 Celia is 25 degrees from Peter Roberts, 17 degrees from Emma Smith and 20 degrees from Henry VIII of England on our single family tree. Login to find your connection.