Mary was born in 1843. She is the daughter of Michel St. Cyr and Julia Angelique.

The official license gives the date of marriage as 21 Dec 1892, but there are two clarifying, handwritten notes appended: "This is intended to take the place of a Winnebago license issued by us to these same parties Oct. 20th 1883, but which was ____ placed and received as it should have been. Kelley W. Frazer." The second note at the bottom of the page reads, "Parties were married Oct. 20th 1883." The second license was granted 21 Dec 1892 in Dakota County. Since the same Judge Frazer presided over the first wedding, we may conclude that it too was conducted in Dakota County, Nebraska. Witnesses for the second ceremony were Josephine Armell and Little Thunder. (ML)

Mary had the following children with Louis Londrosh:

With Jacob Russell, she had the twins Ada and Etta. It is not clear whether the eldest son, James, was the son of Mary.

In 1866, she lived with her husband in his home town of St. Clair, formerly the Winnebago Agency.

On the death of her husband, she remarried. Her new husband, Jacob Russell, moved the family to Winnebago, Thurston, Nebraska in 1882. (Ashley L. Obit.)

In a 1903 census, her husband Jacob and his son James are living alone in Winnebago. Since she died in Mankato, Minnesota in 1906, she may have separated from him and taken up residence with one of her children. 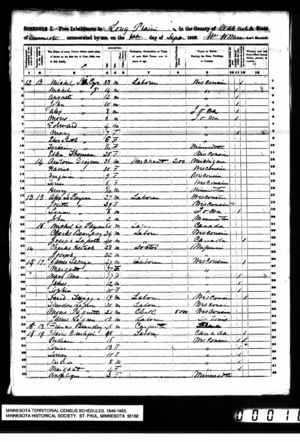 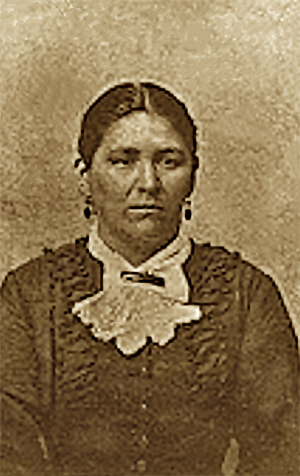