Edward Stanley, 11th Earl of Derby, known as Sir Edward Stanley, 5th Baronet, from 1714 to 1736, was a British peer and politician. Derby was the son of Sir Thomas Stanley, 4th Baronet, and Elizabeth Patten, and succeeded his father in the baronetcy in 1714. This branch of the Stanley family, known as the "Stanleys of Bickerstaffe", were descended from Sir James Stanley, younger brother of Thomas Stanley, 2nd Earl of Derby. He was appointed High Sheriff of Lancashire in 1723. He was elected to the House of Commons for Lancashire in 1727, a seat he held until 1736, when he succeeded his distant relative James Stanley, 10th Earl of Derby, as eleventh Earl of Derby, and took his seat in the House of Lords. He later served as Lord Lieutenant of Lancashire from 1741 to 1757 and again from 1771 to 1776.

Lord Derby married Elizabeth Hesketh, daughter of Robert Hesketh, in 1714. He died in June 1776, aged 86, and was succeeded in the earldom by his grandson Edward, his son James Smith-Stanley, Lord Strange, having predeceased him. His daughter, Lady Charlotte Stanley, married General John Burgoyne. 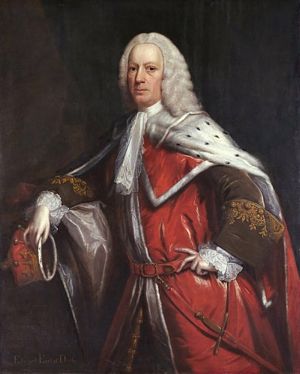 Lynette Jester
Wayback Machine has not archived that URL.

Click here to search for all archived pages under http://www.freebase.com/m/02wx5t9