Ancil Stanley was a Mainer.

The use of Ansel C Stanley begins with his marriage record, Ansil C. Stanley. "Ansel C." appears in his death cert., and obit. Some of the Hancock County, Maine deeds also have him as Ansel C Stanley. Adrian Stanley (Stanley-2864)

"DAILY NEWS, BANGOR, MAINE, WEDNESDAY, JULY 13, 1938_Henry Buxton Says ......Captain Ansel B. [should be Ansel S. Stanley] Stanley, who skippered many fishing schooners out of Portland and Gloucester to the Grand Banks. Stanley the elder was a rugged old salt and an expert navigator. Time and again his vessels were buffeted by whipping gales, but he never lost a schooner during his long and hazardous service as a Grand Banks fisherman. He continued to fish off the banks until he was 70, and died at the age of 72."

Ansel Seavey Stanley & Kate Babbage Robbins "According to the death certificate, it looks as though Ansel was at the home of his son, Walter, in Oceanvllle when his final life was near a close -- the cert. reading as follows: "Ansel C. Stanley" d. in Oceanvllle, Jan. 19, 1916; age 71-6-5; having been b. on Swans Island, Me.,; was a m. man; always a fisherman; son of Joseph Stanley, a native fisherman of Swans Island; & Abigail Smith, also b. on Swans Isle; d. from rectal cancer & uraemia; J.G.Hutchins, M.D." Was buried in D.I. June 20/16 by Anthony Bye. Source: Stanley notebook by B. L. Noyes M.D., located at Deer Isle and Stonington Historical Society, Deer Isle, Maine. Noted: Burial South Deer Isle; 21 Jan 1916; Mt. Warren Cemetery; recorded by Elmer W Calley, clerk of Stonington Extracted 5 April 2011, Adrian O. Stanley, referenced is page 129.

Noted: When Dr. Noyes starts to quote from the death certificate he has enclosed the name with quotation marks, “Ansel C. Stanley”, and then underlined the name, because he was aware the name was incorrect and the name should be Ansel Seavey Stanley, as Dr. Noyes listed it above, in the page title.

" In 1902 the Stanleys [Ansel Stanley family ] moved from Tan Robbins place and came into the Seth Webb House, then into where Sterling Stinson now lives. " ( 1931) From the notebook on Stanley by Dr. B. L. Noyes as " Stanley Scraps" page 145

The Ansel Stanley family removed from Swans Island to Deer isle about 1873. I believe this was to care for Kate's father, Uncle Tan Robbins. They lived with him until he died in 1902.

Ansel Stanley and wife have gone to Marshall's island for the summer Ellsworth American : May 13, 1914

Ansel Stanley and wife are at Swan’s Island for a few weeks. [page2] Ellsworth American : July 1, 1908

Capt. A. J Stanley of steamer Monlngan, is at home with a sore hand. Ansel Stanley was called to Swan's Isand to attend the funeral of his brother Samuel. [page 3] Ellsworth American : December 30, 1914

A very pleasant event occurred at the home of Ansel Stanley and wife June 5, when their son, Stephen D. Stanley, and Miss Lena Bray, both of South Deer Isle, were married in the presence of a few friends and relatives. They have the kind wishes of a host of friends. [page] Ellsworth American : June 12, 1907

Thank you to David Smith for creating WikiTree profile Stanley-2627 through the import of Smith Family Tree-2RGS_2013-04-28.ged on May 5, 2013. Click to the Changes page for the details of edits by David and others.

Is Ancil your ancestor? Please don't go away!

ask our community of genealogists a question.
Sponsored Search by Ancestry.com
DNA Connections
It may be possible to confirm family relationships with Ancil by comparing test results with other carriers of his Y-chromosome or his mother's mitochondrial DNA. However, there are no known yDNA or mtDNA test-takers in his direct paternal or maternal line. It is likely that these autosomal DNA test-takers will share some percentage of DNA with Ancil: 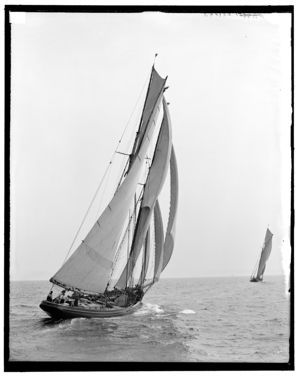 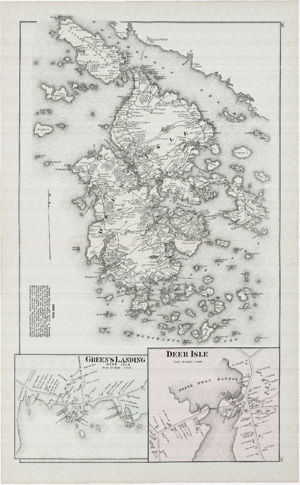 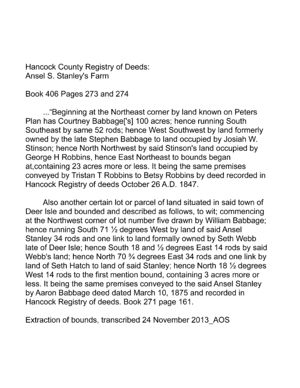 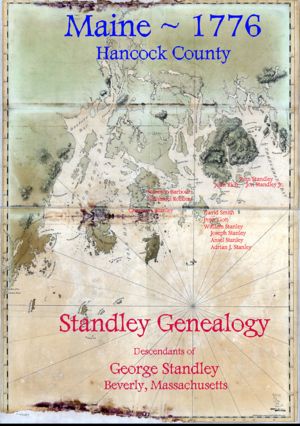 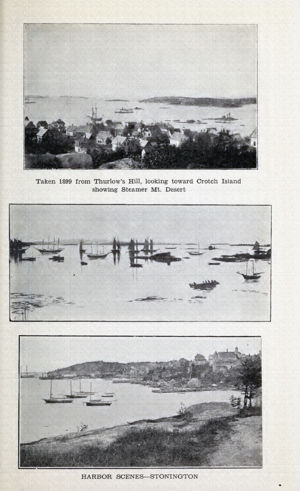