Adrian Stanley was a Mainer.

'WENT TO SEA AT 14 ' “My folks moved from Swan's Island to South Deer Isle when I was three years old, and at the age of 14 I signed articles on the schooner Alfalfa at $12 a month. The vessel was commanded by Captain Joseph Thurston of Orland, and we coasted to Boston with bricks and clapboards. I signed on as cook and deckhand. Happily I had learned something about cooking from my mother, so that I was not entirely at loss in the galley. I spent 15 years coasting, and served at various times as able seaman and mate. I was never wrecked and never encountered any serious gales. It seemed to be my lot to meet up with fair winds and sunny seas. My last berth as a coaster man was on the schooner Hattie Collins of Stonington, skippered by Captain Jason A. Greenlaw." "Forty-two years ago, I went steam boating, and my first steamer berth was aboard the Silver Star that plied between Rockland and Portland. I ran on the steamer Mineola from Rockland to Portland, on the Juliet from Rockland to Sedgwick, the Monhegan from Rockland to Portland, and winters from Portland to Bar Harbor; the May Archer running from Thomaston to Portland, and the Mohawk which made trips between Eastport and New York. Later I joined the Eastern Steamship company, and served on steamers of that company for thirty - four years. I was chief officer on the Camden and also the Belfast.”

Captain Adrian J. Stanley, old-time master mariner, died Thursday morning, July 27, at the home of his son Alfred Stanley, in Prospect, after a long illness. He was born at Swans Island July 1, 1870, the son of Ansil and Katherine (Robbins) Stanley. He was a sea captain for over 50 years, and was in the employ of the Eastern Steamship Company for more than 20 years. Captain Stanley is survived by two sons, Alfred Stanley of Prospect and Charles Stanley of Camden; a grandson, Adrian of Prospect; (should be Camden), three brothers, John Stanley of Malden, Mass., Walter Stanley of Boothbay Harbor, and Harry Stanley of Mississippi, and several nieces and nephews. Services were held from the Foley Funeral Home in Winterport, Saturday afternoon at 2 oclock with the Rev. Chester Pinkham of the Frankfort Congregational Church officiating. Burial was in Maple Grove Cemetery at Prospect. Transcribed by: Adrian O. Stanley_July 7, 1996

When I was three or four years old we were living in Portland, Maine near the “Old County Jail”. The jail was over on the East side of the city. Grandfather Stanley was visiting with us at the time and we had a game at bedtime. Grandfather Adrian would get dressed for bed in his night-shirt and stocking cap. Then he would take his cane and stomp it on the ﬂoor as he chased me around the kitchen table, reciting “ Old Bloody Tom with his night cap on is going to get you ! ” I am not sure if the saying is exactly right, but I do remember the chase around the table.

Noted: OLD BLOODY TOM. — A pen or house is made by hanging a blanket or quilt over several chairs. All but the one representing Old Tom go inside, and call, “Who goes round my house this time of night?” To which the player outside replies, – “Old Bloody Tom with his nightcap on.” He is then asked, – “What does he want?” He replies, – “A good fat sheep.” He is then told, – “Take the worst and leave the best, And never come back to trouble the rest.” Finally Old Bloody Tom reaches in and grabs a sheep.” Journal of American Folklore 1917 [page 106] transcribed by Adrian O. Stanley _ 5-24-1997

Thank you to David Smith for creating Stanley-2885 on 19 Nov 13. Click the Changes tab for the details on contributions by David and others.

ask our community of genealogists a question.
Sponsored Search by Ancestry.com
DNA
No known carriers of Adrian's DNA have taken a DNA test. 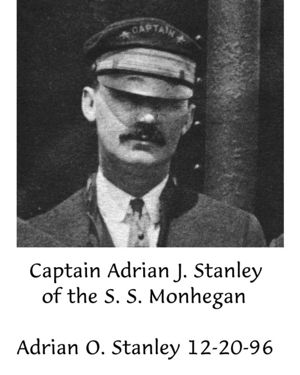 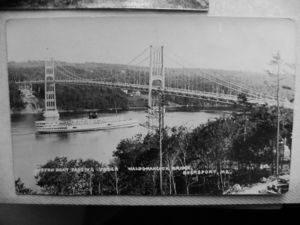 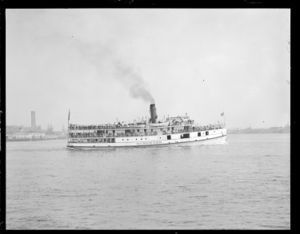 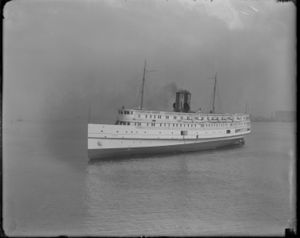 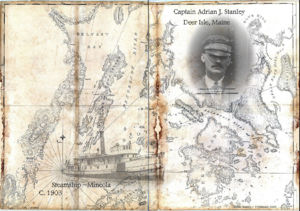