Thomas Stanley is in a trail badged by the Magna Carta Project to surety baron Saher de Quincy (see text below).

Thomas Stanley, Knight of the Garter, of Lathom and Knowsley, Lancashire, and London, Lieutenant-Governor of Ireland, Constable and Justice of Chester, 1st Lord Stanley, was born in or before 1405, son and heir of Sir John Stanley and Elizabeth Harrington, daughter of Sir Nicholas Harington.[1]

He married Joan Goushill (or Gousehill), eldest daughter and co-heiress of Sir Robert Goushill of Hoveringham, Nottinghamshire.[1][2] The couple had four sons and three daughters:

Thomas Stanley is a descendant of Magna Carta Surety Baron Saher de Quincy in trails badged by the Magna Carta Project to the following Gateway Ancestors:

Thomas Stanley is also in unbadged trails (needing work) to the following Gateways: 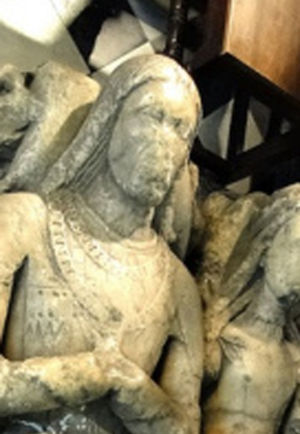 Michael Cayley
I have removed an image which was of a different Thomas Stanley, https://www.wikitree.com/wiki/Stanley-494. Another version of the same image is already on that Thomas's profile.
posted Jul 15, 2020 by Michael Cayley
[Living Horace]
My note that says "Mother's side is all wrong" is obsolete, as her parents were fixed by Marshall Moss in 2018.
posted Oct 14, 2019 by [Living Horace]

Valerie Willis
removed the inappropriate & misleading image of a 19th. C. Knight of the Garter
posted Mar 15, 2019 by Valerie Willis