Son and heir by his father's first wife. Said to be aged 30 and more at his father's death in 1476. A descendant of Geoffrey Plantagenet and the de Warrene Earls of Surrey, he married twice. In 1475 he went to France in place of his father, with a man-at-arms and six archers.

Before 1470 he married Elizabeth (surname unknown). They had:

Sir John died on 22 Nov 1508 and was buried at Northenden, Cheshire. 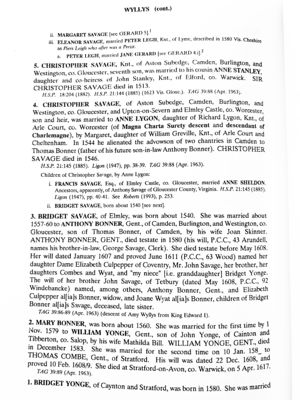 Leave a message for others who see this profile.
There are no comments yet.
Login to post a comment.
Jonathon Myers
Stanley-1000 and Stanley-4362 appear to represent the same person because: Reading these 2 profiles they appear to be the same person. Profile managers should research and document disproof or have G2G discussions for collaboration.
posted Feb 27, 2022 by Jonathon Myers

Michael Cayley
They are different people and the merge has been rejected.
posted Feb 28, 2022 by Michael Cayley