Sir John was said to be aged 40 and more in1463; an adult by 1446. He possessed a string of manors and lands in several counties. He was King's Esquire, Sheriff of Staffordshire, Knight of the Shire for Staffordshire, Ranger of the King's Forest of Cannock, heir to his father; and also heir to his cousin, Richard Stafford of Babbington, c1428-46.

His first wife was Cecily Arderne. A papal dispensation was obtained in 1428, when both bride and groom were children. They had 1 son:

Between 1446 and 16 Feb 1451/2, John remarried to Elizabeth Vernon. She was the widow of John Vampage Esq. Her father was Sir Richard Vernon of Haddon, Speaker of the Commons.

John and Elizabeth had two sons and three daughters:

John married his third and last wife after 1471. She was Anne Horne, widow of Sir William Harcourt of Maxstoke. They had no children.

Sir John was made a banneret when fighting for the Yorkists at Tewkesbury in 1471 (having previously fought with the Lancastrians at Blore Heath).

He died on 29 June 1476 and was buried at Elford. He left a will, and was survived by his last wife, who remarried and had several children. 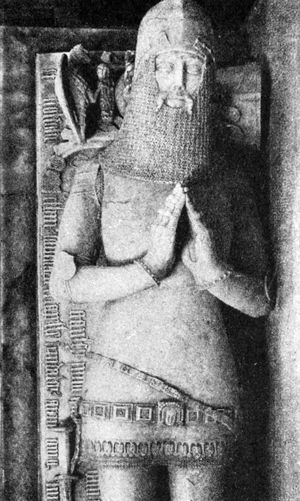 Clare Bromley III
Another source pedigree: The visitations of Staffordshire in 1614 and 1663-64. page 277 in Collections for a history of Staffordshire, by Staffordshire Record Society. Publication date. 1884. https://archive.org/details/collectionsforhi52staf/page/n299/mode/2up

Category: Knights Companion of the Order of the Bath

Categories: Knights of the Bath