Harrison Lemuel Henry Stanley was born October 18th, 1844 on the Stanley farm located on theTennessee River in Perry County TN. Harrison joined the 42nd TN Co K” Infantry on November 9, 1861 at Camp Cheatham at Cedar Hill, TN near the KY and TN line. He was only 17 years old when he joined the Confederate Army along with several family members and childhood friends. On February 16, 1862 his unit was captured at the fight of Fort Donelson at Dover, TN, also close to the KY and TN line. Six days after Fort Donelson fell, Clarkesville and Nashville, TN fell under the control of the Union Army. Harrison and others were released after a prisoner swap where he went on and fought in several more battles. He was discharged on October 25th, 1864 where he returned home to the family farm in Perry Co. Tn. In the fall of 1869 Harrison and his young family, along with his aging mother and father moved to Marion County and purchased land on Hampton Creek adjoining his older brother, James Dickson Stanley's property. Harrison was the youngest child of Henry T. and Nancy Jane “Jeanie” Dickson Stanley. He had two older brothers, Benjamin R. Stanley and James Dickson Stanley, and one older sister Margaret “Angeline” Stanley Coleman. Harrison married Melinda A. Mays in TN March 7th, 1861 at the age of 17, just 8 months prior to his joining of the Confederate Army. Harrison and Melinda were the parents of Nancy Jane Stanley King, David Henry Stanley, Margaret Olive Stanley Glenn, James Ellis Stanley, Elva Lena “Leaner” Stanley Rose, John Oscar Stanley, Ida Stanley Underwood, and Baby Stanley that died along with Harrison’s wife Melinda in 1881, while the family lived in Ada, Idaho for a very brief time. Harrison immediately returned to Marion Co. AR and married Mary Frances Dodd in 1882. They became the parents of Della Stanley Massey, Isom Stanley, Louella Stanley Dugger. Mary France died in 1908, once again leaving Harrison a widower. Harrison later married Nancy Octavene Brown and they are the parents of one son, William Earl Stanley. Harrison was a very successful man in Marion Co, as the owner of a large mercantile and cotton gin between Bruno and Eros. He also did some mining along Clear Creek. He farmed over 200 acres on Hampton Creek where several of his ancestors still today live on his land. He lived his final year of life in Gassville, AR where he and his wife Nancy owned and operated a restaurant.

In 1915 when applying for pension it was noted he was partially disable due to a hernia.

Is Harrison your ancestor? Please don't go away!

ask our community of genealogists a question.
Sponsored Search by Ancestry.com
DNA Connections
It may be possible to confirm family relationships with Harrison by comparing test results with other carriers of his Y-chromosome or his mother's mitochondrial DNA. However, there are no known yDNA or mtDNA test-takers in his direct paternal or maternal line. It is likely that these autosomal DNA test-takers will share DNA with Harrison: 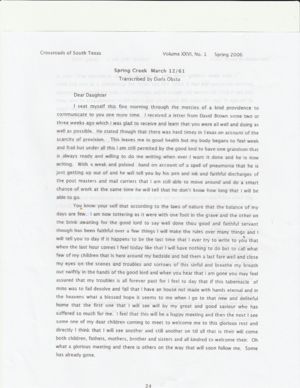 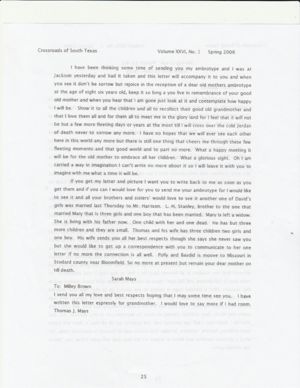 Leave a message for others who see this profile.
There are no comments yet.
Login to post a comment.
Phillip Rich
Not certain what your system of numbers is all about ("2.7" & "2.4") so I left them alone.

Click the Changes tab to see the edits I made to make the Bio & Source sections more readable. If you want to copy & paste data from one Bio to another, you should press edit before copying so that you can copy the proper wiki markup.

Place an * at the beginning of each source to create bullet points:

Thanks for all your work on this Stanley Family!

Harrison is 23 degrees from Ludwig Kraayenbrink, 14 degrees from Henry VIII of England and 29 degrees from Ferdinand von Zeppelin on our single family tree. Login to find your connection.