Owsley Stanley III was a Kentuckian.

Soundman for the American group Grateful Dead, introduced LSD in quantity from his lab in the San Francisco Bay Area, participant in Ken Kesey's group "The Merry Pranksters."

The Steely Dan song "Kid Charlemagne", from the album The Royal Scam (1976), is loosely based on Owsley. The lyric "He crossed the diamond with the pearl" suggests that LSD is a cross between cocaine (the diamond) and heroin (the pearl).

He and Dallas Cowboys owner Clint Murchison Jr. were 8C1R.

Is Owsley your relative? Please don't go away!

ask our community of genealogists a question.
Sponsored Search by Ancestry.com
DNA
No known carriers of Owsley's ancestors' DNA have taken a DNA test. 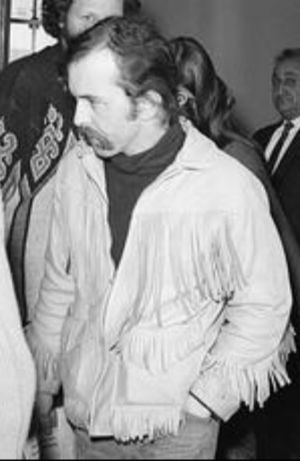 Leave a message for others who see this profile.
There are no comments yet.
Login to post a comment.
Ellen Gustafson
What’s the source for the Steely Dan information? The last part makes no sense.
posted Feb 06, 2021 by Ellen Gustafson
Phillip Rich
Although neither includes the exact quote, it is mentioned in both the RollingStone article and in the Wikipedia page.
posted Feb 06, 2021 by Phillip Rich