Joseph Stanley is a DAR Patriot Ancestor, A108507.

Joseph Stanley, second son of Capt. Matthew Stanley, was born in the vicinity of Haverhill, Massachusetts or in Concord, New Hampshire, April 30 1745. (John Stanley, son of Capt. Matthew Stanley, was a twin brother of the above Joseph Stanley.) Joseph signed the declaration of fidelity to the American Cause in 1776, and served in several of the campaigns of the Revolutionary War. He was a private in Capt. John Parkers Company, Col. Timothy Bedell's Regiment, which joined the Northern Army under General Montgomery in 1775, and went to Canada.

He enlisted in Capt. William Stillson's Company, Col. Wingate's Regiment July 4 1776, which company later was transfered to Col. Issac Wyman's Regiment, in which company he served as a corporal. At one time he also served as Quartermaster. In 1778 he moved with his family to Enfield, New Hampshire and in 1790 the census shows him to have been living there at the head of a family of two males over 16, and five females.

His wife was Martha Rogers, whom he married on date unknown. She is said to have come from Pigwacket, Maine. She could hardly have been born there, however, as there was no white settlement there at the time of her birth. She died December 11 1838, aged 91, in which case her birth is computed as being in 1747. There was a Martha Rogers born in Amesbury, Massachusetts, April 30 1747, daughter of Joseph and Abigail (Bracelet) Rogers. This Joseph Rogers died in Bow, New Hampshire in 1798- Bow being an adjoining town to Hopkinton. It seems very likely that this Martha Rogers was the one who married Joseph Stanley, although definitive proof is at present lacking.

Mrs. Martha Stanley joined the Shakers in Enfield and lived with them for eight years, during which time her family was sadly neglected according to an affidavit which are printed in a "Portraiture of Shakerism" by Mrs. Mary Marshall Dyer, and which are signed both by Joseph Stanley and Martha Stanley. The "N.H. Patriot" (Concord) under date of April 26 1824, also contains an affidavit signed by her relative to the Shakers.

After her eight years with the Shakers, her husband took her back, and "they lived happily ever after." The "N.H. Patriot" of December 24, 1838 contains the following obituary - "In Enfield, 11th Inst., Martha Stanley aged 92, roliot of Joseph Stanley, who was a soldier of the Revolution. - Printers in Ohio and Pennsylvania are requested, etc." This may indicate that her daughters, of whom there are no records, moved westward. Her age in this notice is given as 92 - she would have been had she lived to the following April 30th. Her son John stated that she lived to be 91.

Both Joseph Stanley and his wife were members of the Methodist Episcopal Church. It is said that he "was known as the Old Patriarch, he was such a good old man." He died march 18 1853 (Note: actually 1833), aged almost 88, while chopping wood. Both he and his wife were buried in Enfield.

From: Rise and Progress of the Serpent from the Garden of Eden Chapter V: Rise of the Shakers at Enfield[2] Affidavit of Joseph Stanley

I, Joseph Stanley, of Enfield, NH do testify, that a number of years past, some people (strangers) made a short tarry at Concord, NH. These pretended they could tell fortunes, and tell where stolen goods were. I was living in Hopkinton, near by had lost some sheep; thought I would try their skill. There was Ann Lee, William Lee and others. Their language appeared like foreigners. William and Ann looked like hardy, chuff persons. I made my request known. Ann went out with me, said for a dollar she would answer my request; and without, she would say nothing. I gave her a dollar; she kneeled; after a pause, she said, 'Next Monday early your sheep will be put into your yard.' I waited until Monday; the sheep did not come. I went again to the place to see the strangers; they were gone. They had borrowed some clothes of the neighbors, which they carried off. Others were also duped by them. A man by the name of Pattee, brother to Asa Pattee, gave them thirty dollars to tell him where some money was. I was knowing to part of the circumstance; the rest he related to me.* [It was about the time of the revolutionary war that she was here.] The time expired for the secret to be disclosed. Mr. Pattee with anxiety went to receive the treasure, but the strangers had absconded. Mr Pattee followed them to North River, which they had crossed; he grew discouraged and returned. I heard no more of them for a number of years.

At length, two men, strangers, came to Enfield as ministers. Their names were Ebenezer Cooley and Israel Chauncy. Their appearance and doctrines were similar to the Baptists, only they proposed the confession of sins. They appeared engaged, and said a Christian would live more holy, have more power, by confessing their deeds unto them. I, with a number of others, confessed our sins. The preachers left the place. In a short time they came again; called themselves Shakers, and told about the second appearing of Christ in a woman, which I afterwards heard was Ann Lee; she with her brother William Lee was the lead of the Shakers. They bore testimony against marriage, and said natural affections must be destroyed; the husband must hate his wife and children. This testimony was delivered with strong and strange power, dancing, shaking, whirling, with other shameful actions. I believed them to be a deluded people, and left them. [footnote: I then said I believed it was that Ann Lee which told about my sheep.]

Many joined these people and families were brought to a distressed, wretched state, by their delusion. Some husbands believed, their wives did not; some wives believed, and their husbands did not. Some parents believed, and their adult children did not; some children, youths, believed and their parents did not. All that believed were every way striving to set their minds and conduct against those who did not believe, which caused the greatest cruelty I ever knew. I had a wife whom I esteemed more than any other earthly treasure; she was zealous with the Shakers; I strove by every possible persuasion, to reconcile her to her family. The Shaker teachers told her it was the devil in me trying to make her leave the kingdom of God; she must hate me and her children. She was desirous to leave her family and continue with the Shakers, but I would not suffer it. She believed her salvation depended on strict obedience to her teachers- they frequently sent for her to go and assist them in their work. This, with her constant attendance to their dancing meeting, almost every day, caused my fate to be hard, yet I bore it with patience. She continued in this delirium eight years; believing there was no other way for her to gain happiness. After that, she left them, and is a faithful wife.

Her obedience to the Shakers caused her so to neglect her family, that the house became destitute of every necessary. The expense had been such to keep my family together, my beds were sold, my stock and all but my farm was expended. Here was my dejected and forlorn state - the loss of friends by death is not that continued anguish that living troubles are. Among all my afflictions, a man's troubles are not to be compared to a woman's when her husband joins the Shakers. He has power to injure her; takes her children, property, home, and often assists the Shakers in slandering her - she has no defense. Some men whom I have known to join the Shakers, took their children and interest, and carried them to the Shakers; their wives were left without protection or home. If they presumed to desire their husband's protection and to live with their children, their husbands' reply was 'Go off with your old affections and lusts.' As far as this doctrine is believed in families or vicinities, it has one and the same effect - some through grief, fall into despair, and become deranged; others, by the Shakers' torture, rise in malice, and commit many evils; while others, with confidence in God, walk uprightly, having Christian fortitude to face every trial; of those who continue Shakers, some are masters, some slaves. Here is the different situation of families, where they conform to the Shakers' institution. Those who leave the Shakers are wronged out of their property. I wish there might be a law to protect wives and children against the power of the husband when he joins the Shakers.

The above-named Joseph Stanley now does, and has for many years, belonged to a religious church.

ask our community of genealogists a question.
Sponsored Search by Ancestry.com
DNA Connections
It may be possible to confirm family relationships with Joseph by comparing test results with other carriers of his Y-chromosome or his mother's mitochondrial DNA. Y-chromosome DNA test-takers in his direct paternal line on WikiTree: 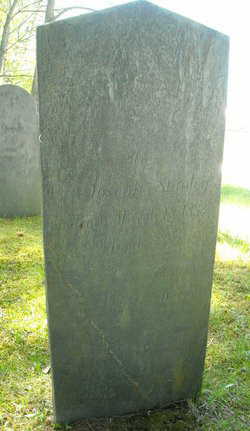