Sir Frank Merry Stenton, (1880–1967), was an historian of Anglo-Saxon England, and president of the Royal Historical Society from 1937 to 1945. He was also chair and president of several other important historical societies and committees to which he devoted a great deal of time.

He was born on 17 May 1880 at Upper Norwood, Surrey, the third child and second son of Henry Cawdron Stenton, solicitor, of South Hill House, Southwell, Nottinghamshire, and the only child with his second wife, Elizabeth (née Merry). His birth was registered in the June quarter of 1880 at Lambeth.[1] He was christened on 18 June 1880 at St Luke Church, West Norwood, Lambeth, England. The christening record gives his father occupation, solicitor, and the address, Hope Cottage, Crown Hill, Lambeth.[2]

He had attended the Minster Grammar School, Southwell, and was also partly educated by private tutors and by his mother. 1897 he attended University Extension College at Reading where he studied geology and music. Then, in 1899 he gained a scholarship in modern history at Keble College, Oxford. He graduated with first-class honours in 1902 and was elected an Honorary Fellow in 1947. After graduating from Keble he became history master at Llandovery College, and later returned to Reading University College as a research fellow in local history. In 1912 he was appointed to the chair of modern history at Reading and continued in that post until 1946. From 1934 he was deputy vice-chancellor of the university and from 1946 vice-chancellor until his retirement in 1950.

Stenton was the author of Anglo-Saxon England, a volume of the Oxford History of England, published in 1943 and still in print. This book is considered a classic history of the Anglo-Saxon period and is still widely read.

He retained a lifelong interest in local history. He was one of the founders of the study of place names. An early work, The Place-Names of Berkshire (1911), was followed by a study of the English element in English place names in the first volume published by the English Place-Name Society (1924), of which he and Allen Mawer were joint editors. He also continued a boyhood interest in coins and became both a serious collector of medieval coins and an expert numismatist.

In 1919 Stenton married a former pupil, Doris Mary Parsons, only child of Joseph Parsons, carpenter, of Woodley, near Reading. [3] [4]. She was then a college lecturer, but later became a notable medieval historian. There were no children.

In November of 2008, the University of Reading announced that a new residence hall would be named Stenton Hall, in his honour. The Stenton Lecture, given each year by an eminent historian, was inaugurated at the Universitry of Reading in 1967.

Stenton was knighted in the 1948 New Year Honours (Knight Bachelor) and received the accolade from King George VI at Buckingham Palace on 10 February 1948. 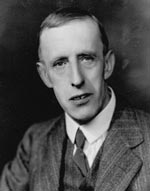 Frank is 26 degrees from Donald Howard, 21 degrees from Julia Howe and 19 degrees from Henry VIII of England on our single family tree. Login to find your connection.