James II Stewart is a member of the House of Stewart.

This profile is part of the Stewart Name Study.

James II Stewart is a member of Clan Stewart.

James II is the son of James I and Joan Beaufort. He succeeded to the throne in 1437, at the age of six, when his father was murdered. Prior to becoming king he held the title Duke of Rothesay.

In 1449, he married Mary of Guelders, daughter of the Duke of Gelderland and together they had seven children. James had another child, John Stewart, Lord of Sticks, by an unknown mistress.

James was killed at a siege of Roxburgh Castle, August 1460, when a cannon he lit exploded. He was succeeded by his son, also named James, who was only eight at the time.

Sponsored Search by Ancestry.com
DNA Connections
It may be possible to confirm family relationships with James II by comparing test results with other carriers of his Y-chromosome or his mother's mitochondrial DNA. Y-chromosome DNA test-takers in his direct paternal line on WikiTree: 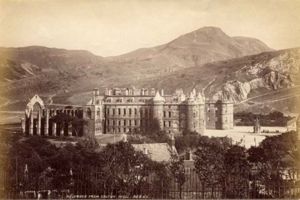 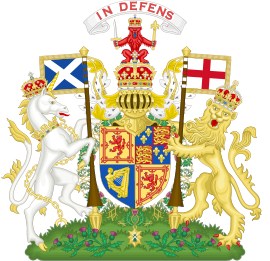 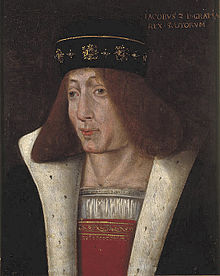 Jack Day
Is the coat of arms displayed here correct? I don't think his coat of arms would have displayed the English as well as Scottish flags in this time period.
posted May 12, 2018 by Jack Day

Ken Broughton
Stewart-10555 and Stewart-1166 appear to represent the same person because: Same person.
posted May 14, 2014 by Ken Broughton

Eugene Quigley
Changes were made to this profile because we generally do not encourage copy/paste of complete articles from other sites, but suggest they be linked to instead. Eugene Quigley, WikiTree Supervisor, September 9, 2013
posted Sep 09, 2013 by Eugene Quigley

James II is 25 degrees from Ludwig Kraayenbrink, 4 degrees from Henry VIII of England and 21 degrees from Ferdinand von Zeppelin on our single family tree. Login to find your connection.