Natalia was born 17 April 1925 in Concordia, Entre Ríos, Argentina, to Alexander Stier and Maria Elisabeth Bauer Stier. In early 1956, she had twins, Guillermo and Ofelia. Shortly after their birth, the twins were given up for adoption to different families. Natalia passed away 6 June 1995 in Villa María Grande, Paraná, Entre Ríos, Argentina. [1]

Her twins reconnected through a DNA match. Additionally, daughter Ofelia is a confirmed match to Julie Miller Mangano through Julie's mother, a descendant of Volga Germans from Grimm, Russia.

Ofelia, Guillermo, and Julie have a common ancestor from Grimm. According to census records, there were no Stiers, Bauers, or Graffs in Grimm from 1767 to 1857. This means it is likely that their common relative is through a female ancestor who married and moved away from Grimm. [2] [3] [4] [5]

According to the index of the 1897 Grimm census, there was one family named Bauer who lived in Grimm that year, but they were omitted from the body of the census. [6] It's not clear if they were omitted in error, or if the name in the index was in error. Either way, there are no Bauer names to compare or research.

According to Ofelia's information on FTDNA, her earliest known maternal ancestor was "Katharina Elisabeth Kober, b. 1830/1850, Russia." [7] There was one Kober settler in Grimm, and the family and its descendants remained in Grimm for more than 100 years, through the 1897 census.

The family who first immigrated to Denmark is the family who eventually settled in Grimm: Michael Kober, wife Elisabeth and at least four children. Only one of the couple's two sons, Philipp Michael, remained in Grimm. Philipp Michael was the great grandfather of Katharina Elisabeth Kober. Philipp Michael's sister, Elisabeth Kober, was the mother of Georg Konrad Schneider, whose descendants would go on to immigrate to Brazil in the late 1890s. See: Gustav Schneider (abt.1877-). It may be a coincidence that the Schneiders and the Kober/Bauer descendants both reside in South America, but needs to be mentioned.

There may be another connection between Julie and Natalia, but it would involve unnamed wives and mothers who have yet to be identified in their family trees.

Is Natalia your relative? Please don't go away!

ask our community of genealogists a question.
Sponsored Search by Ancestry.com
DNA Connections
It may be possible to confirm family relationships with Natalia by comparing test results with other carriers of her mitochondrial DNA. Mitochondrial DNA test-takers in the direct maternal line: It is likely that these autosomal DNA test-takers will share some percentage (beta) of DNA with Natalia: 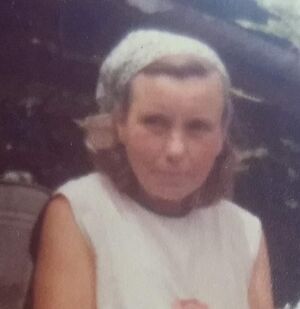