Caroline (Still) Anderson was a part of the Freedom Movement.

She had an extensive private medical practice in Philadelphia and was also a community activist, teacher and leader.

1870 CAN NOT find them in Philadelphia after they married

"In the four years married to Edward Wyley, the couple had two children, Letitia and William. The marriage ended when Wiley died suddenly in 1873

Other information in the record of Helen Anderson Waller--

ask our community of genealogists a question.
Sponsored Search by Ancestry.com
DNA
No known carriers of Caroline's DNA have taken a DNA test. 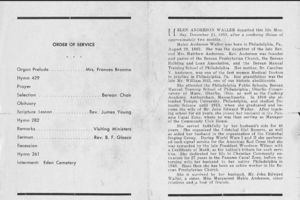