Julia Catherine Stimson is a Notable:[1]

Julia Catherine Stimson was born May 26, 1881 in Worcester, Massachusetts.[2][3] Her parents were Rev. Henry A. Stimson[2] and Alice Bartlett.[4] Her father's role as a minister moved the family to New York while Julia was still young. There, she attended Brearley School for Girls. Following graduation there, she attended Vassar College, beginning at age 16 and graduating in 1901. Several of her sisters also graduated from the college. Julia's hopes were to become a physician, but her family discouraged her, thinking the profession more appropriate for men. Later, though, her younger sister would change their minds and become a surgeon. Julia instead pursued a career in nursing, eventually earning a graduate degree in sociology while living in St. Louis.[4]

Julia enrolled in the New York Hospital training school and graduated from there in 1908. She was supervisor of the Harlem Hospital from 1908 to 1911. She held a series of positions including head of social service at Washington University Medical Center in St. Louis, Missouri, superintendent of the Training School for Nurses at Barnes Hospital, and then the same role at St. Louis Children's Hospital.[4]

Julia volunteered for the US Army Nurses Corps in 1917. Her unit was sent to Rouen, France to care for the wounded on the front lines.[4] After the war, Julia was appointed Superintendent of the Army Nurses Corp.[4] In 1920, she was promoted to the rank of Major, the first woman to achieve that rank in the US Army.[2][4][5] She was the recipient of the United States Distinguished Service Medal and the Royal Red Cross.[5] Julia retired from her military service in 1937.[5] She was President of the American Nursing Association from 1938 to 1944.[5] The outset of World War II found her drawn back into the military, serving as chief of the Nursing Council on National Defense. She was promoted to colonel in 1948.[5] She was inducted into the American Nursing Association's Hall of Fame in 1976.[5]

Julia died September 29, 1948 in Poughkeepsie, New York.[3][5] Julia was cremated and her ashes were scattered in the woods near Briarcliff Manor, New York.[5]

ask our community of genealogists a question.
Sponsored Search by Ancestry.com
DNA
No known carriers of Julia's ancestors' DNA have taken a DNA test. 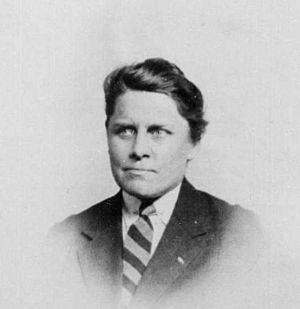 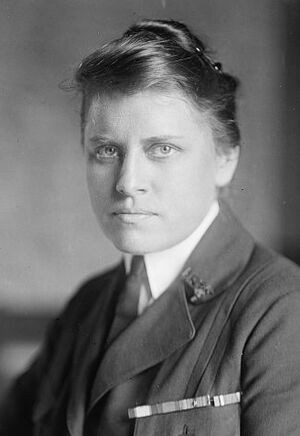 I added the Notables sticker to Julia Stimson's profile, including her Wikipedia source and her 'notable' achievements. I am on the Notables team. Thank you so much for recognizing a nurse and a woman! I hope you don't mind, but so few nurses get the recognition they deserve. I have been a nurse going on 45 years. Like Julia, I am a member of the American Nurses Association. Again, thank you! Carol (Baldwin-3428)

We plan on featuring Julia as the Example Profile of the Week in the Connection finder on November 11th. Between now and then is a good time to take a look at the sources and biography to see if there are updates and improvements that need made, especially those that will bring it up to WikiTree Style Guide standards. We know it's short notice, so don't fret too much. Just do what you can. A Team member will check on the profile Tuesday and make changes as necessary.

I think the beginning of the 3rd paragraph should be changed to the following: Julia volunteered for the US Army Nurses Corps in 1917. Her unit was sent to Rouen, France to care for the wounded on the front lines.[3] After the war, Julia was appointed Superintendent of the Army Nurses Corp.[ref 3] In 1920, she was promoted to the rank of Major, the first woman to achieve that rank in the US Army.[1][ref 3][4] (eliminate ref 2. It has no bearing on the statement)

Note: In ref 1 (passport application), the comma is misplaced in her rank and title. It should have been Maj., Supt. Army Nurse Corp

Also, on the edit page, make exact/certain the dates and places of birth and death, make parents confident, mark no spouse and no children. Bob Keniston, Massachusetts Project Coordinator

Please, make any changes you deem fit! I just did the groundwork so she had a profile, family, and basic bio. It's rushed and I know others can do a much better job, and that most certainly includes your excellent contributions :-) Thanks for jumping in!