Note that he regularly went by both his first and middle names in documents, sometimes reversing them. (Both names are also seen in various spellings.) It is believed that "Adrean" was his first name because his headstone reads "Adrean P." and his mother's succession record calls him "Adrian P."; he was presumably named for his uncle Adrian Montpelier. Perhaps "Adrian" was also the intended spelling, but his son Joseph's middle name is generally spelled "Addrean" in records, so "Adrean" on the headstone was perhaps his preference.

Adrean Pettiway Stockman (whose name can be found spelled all sorts of different ways over the years plus sometimes reversed) was born on the 8th of October in 1860 in Wallace Ridge, Catahoula Parish, Louisiana.

Adrean was his parents' first child, but the second-to-last of all their combined children, for each of his parents had been married before. Unfortunately, each of the children would end up as orphans. Adrean's mother Eugenia (nee Montpelier) died when Adrean was five, and his father John Adam died three years later of pneumonia caught during a cattle drive.

According to Adrean's daughter Nettie, a "colored woman" who lived in their home took care of Adrean and his younger brother Mingo (aka John Adam) until they were of age to leave. In the 1870 census, Adrean and Mingo were still in Catahoula Parish, living with their cousin Miles Bartlett. In the 1880 census, Adrean and Mingo were now in St Landry Parish, living with their oldest half-brother, Zachary Taylor (aka "Ruff" or "Rough") Scott.

Adrean's first name presumably comes from his uncle, his mother's brother Adrian Montpelier. His second name, Pettiway, must come from his father's side, as several Stockman relations have been found to carry this name.

The couple had two boys and seven girls: Joseph Addrean, Iday May, Nettie Lee, Charles, Emma Louella, Vashti Eugenia, Florence, Ada, and Etta V. They also helped raise their granddaughters Gracie and Jessie after daughter Ida May passed away at a young age.

Although his children and grandchildren had many fond memories of Adrean, he unfortunately suffered from mental illness, suffering hallucinations and perhaps having (in the words of one granddaughter) a schizophrenic or split personality.

One story from family lore is that he buried an untold amount of money on his property in cans, which he was then never able to find again.

Nevertheless, Adrean seemed to have a good life. He was a caretaker for the Katy Lumber Company, and he was an original member and deacon of the Pisgah Baptist Church. According to his granddaughter Gracie, he died on 19 November 1953 at his daughter Jeanie's house in Tioga.

Note that some family members believed that Adrean's father was from Germany and his mother was from France - this is even echoed in one of his census responses. Daughter Nettie heard that Adrean's parents met on a ship coming over from those countries. Records have since proven that Adrean's parents were not European immigrants; perhaps those stories emerged because Adrean was a small child when both of his parents died. However, research has shown that both parents' families do indeed have strong links to those countries.

The following triangulations are of interest:

Chromosome 15: Segment 33-59. Adrean's descendant through son Charles (GEDmatch A257419) and through son Joseph (GEDmatch A456300) match here, as does a descendant of Adrean's maternal half-brother (J. T. Scott: descendant Leland J. at MyHeritage). Because A257419's niece (A724226) matches all three at the above sites on the same segment, the matches can be said to come from the same side.

Chromosome 13: 101-115. This location features a match between three of Eugenia Montpelier's descendants, each through a different husband. These matches include the aforementioned descendant of J.T. Scott, Eugenia Montpelier's child by her first husband (MyHeritage), GEDmatch A257419/A724226 (descendants of Eugenia's child Adrean by her third husband), and GEDmatch A936610, a descendant of Eugenia's child J.D. Potts by her second husband.

Although not a triangulation, a descendant of Adrean's paternal half-brother (Laurence Stockman: descendant Treva M. at 23andMe) matches Adrean's great-grandson (GEDmatch A862784) for 56 cM across four segments. Unfortunately, other known descendants of Adrean have not tested at 23andMe where the match can be further examined, and the segments contain very few other matches for A862784, which may be noteworthy in itself. (Segments of interest, expressed as chromosome:segment, are as follows: 4:114-127, 7:130-149, 11:44-65, 14:30-35.)

Several descendants of Adrean's half-siblings are matches (usually of high confidence) at Ancestry.com to Adrean's descendants through son Charles, son Joseph, daughter Ida May, and daughter Nettie. Hopefully they will upload their results to a site that provides segment information.

Additionally, Adrean's descendants have close matches at Ancestry.com to multiple lines of descent from Catherine Stockman (Richardson) of Catahoula Parish, Louisiana. Catherine, born 1814 in Tennessee and married to C. Holt Richardson, is now theorized as a paternal aunt for Adrean.

ask our community of genealogists a question.
Sponsored Search by Ancestry.com
DNA Connections
It may be possible to confirm family relationships with Adrian by comparing test results with other carriers of his Y-chromosome or his mother's mitochondrial DNA. However, there are no known yDNA or mtDNA test-takers in his direct paternal or maternal line. It is likely that these autosomal DNA test-takers will share DNA with Adrian: 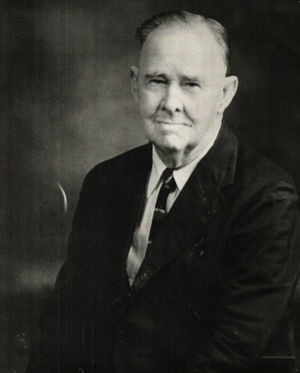 Adrian is 18 degrees from Donald Howard, 16 degrees from Julia Howe and 15 degrees from Henry VIII of England on our single family tree. Login to find your connection.