"Several months after his arrival in Halifax, Peter's infant son died and early the following year he took his second wife, Mary Elizabeth Storker. In May of 1753, Peter and Mary, along with 1,450 fellow immigrants were taken to Lunenburg to settle the land. Many hardships were endured by all over the next several months but Peter and Mary were finally allotted their 30 acre farm in First Peninsula. He, along with George Storker, was issued one cow and one sheep. Almost thirty years later, Peter's wife Mary passed away and two years later he married his third wife, Maria Catherina." 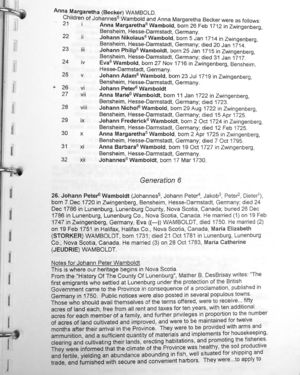 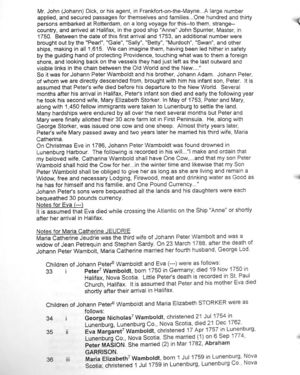