Edgar was born in Mansfield, Connecticut.

He appears in Census records for Mansfield, CT in 1860 along with his grandfateher, parents and siblings.:

In the 1870 Census he is 13 years old, still living with his parents, but with a servant listed and a man listed as insane.[2]

His first wife was Mary Gurley. She died soon after they were married.

In addition to their biological children, Ada May and Gilbert, Edgar and Annie raised Mary (Storrs) Gaudreau as their own child.

Edgar Storrs was born and lived in the same house all his life except for a few years he spent in Colorado. He was married before he married Annie Gilbert. His first wife died very young of tuberculosis. He had contracted the disease too. The pure mountain air was recommended as a cure for T.B. Actually there was no cure. I don't know how long he was gone but he came home. He ran a farm and had a hobby of taxidermy. ... I really don't remember him. I was only four when he died. We lived in Northern Vermont and he in Conn. They always said what a kind person he was.

Edgar had a separate bedroom, isolated from the rest of the house. (He kept the windows opened wide.) He always put Norman Rockwell's pictures around the room at top of walls.

The old Storrs house was located near the Spring Hill Baptist Church which the family attended. When Edgar died in 1921 he was buried in the church cemetery.[4] [5] Note: The cemetery is now referred to as Hillside cemetery. The town offices are across the road. The main campus of the University of Connecticut is a couple of miles north. The area around the UCONN campus is called "Storrs" after Augustus Storrs who donated the land.

ask our community of genealogists a question.
Sponsored Search by Ancestry.com
DNA Connections
It may be possible to confirm family relationships with Edgar by comparing test results with other carriers of his Y-chromosome or his mother's mitochondrial DNA. However, there are no known yDNA or mtDNA test-takers in his direct paternal or maternal line. It is likely that these autosomal DNA test-takers will share some percentage of DNA with Edgar: 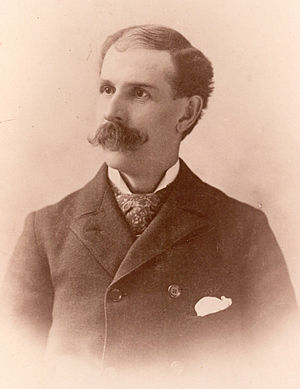 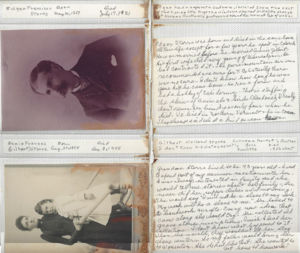 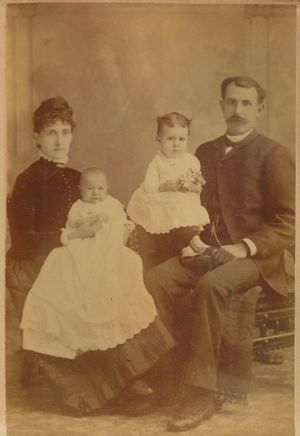