Lyman Beecher Stowe, grandson of the author, Harriet Beecher Stowe, died Wednesday in a Fairfield Nursing home. Mr. Stowe, 82, was himself an author and editor of note.

Funeral service will be in New Canaan at 10:30 a.m. Saturday at Congregational Church. The Rev. Loring D. Chase, minister, will officiate. Interment will be in Stockbridge Cemetery, Stockbridge, Mass.

A resident of Stockbridge, and in Manhattan at 1 Beekman Place, Mr. Stowe had written the story of the Beecher family, "Sinners and Beechers," published in 1934.

As an editor, Mr. Stowe became book editor of Doubleday, Page & Co., in 1918. He lectured frequently at churches.

He was a chairman of a youth training group, the National Self-Government Committee. He was a member of the Century, Harvard and Dutch Treat clubs in New York.

Surviving, in addition to his son in New Canaan, is his widow, MRs. Hilda Robinson Smith Stowe of New York; another son, Robinson Beecher Stowe of Scarsdale, N.Y.; a sister, MRs. Hilda Donnelly of Santa Barbara, Calif.; and three grandchildren. [1]

Lyman Beecher Stowe was born 22 December 1880 at Saco, York, Maine, where his father was minister of Second Congregational Church.[2]

On 3 July 1922, Lyman Beecher Stowe was issued a United States Passport. In his application, he indicated that his full name was Lyman Beecher Stowe and that he was 41 years old, born in Saco, Maine. Residence place was Forest Hills, New York; father: Charles Edward Stowe. The application included a photo.[4]

Is Lyman your ancestor? Please don't go away!

ask our community of genealogists a question.
Sponsored Search by Ancestry.com
DNA
No known carriers of Lyman's ancestors' DNA have taken a DNA test. 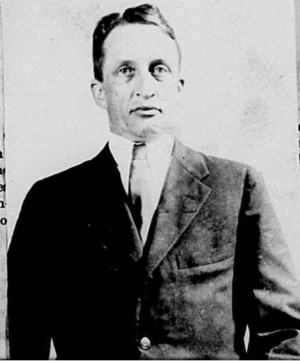 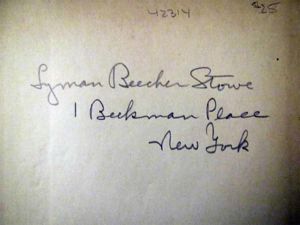