Note: Colonia Juárez is a small town in the northern part of the Mexican State of Chihuahua. It is located in the valley of the Piedras Verdes River, on the edge of the flatlands running up to the front range of the Sierra Madre Mountains. It is a little north of Mata Ortíz and about 20 kilometers to the southwest of Casa Grandes.

The colony was one of many such colonies in Mexico settled by Mormon pioneers. Although some claim that these colonies were organized to evade U.S. polygamy laws in the 19th century, they had actually been planned long before that confrontation became an issue. Although keeping polygamist families together was a motivation for some colonists, explaining this chapter of the Mormon colonization of western North America solely in terms of polygamy is erroneous. It should also be noted that the Mormons who still live there are mainstream Mormons and have not practiced polygamy for many generations. Of the several colonies in the states of Chihuahua and Sonora, the only other one with a continuous history as a Mormon colony in México is Colonia Dublan, just north of Nuevo Casas Grandes.

Colonia Juárez is the home of the Academia Juárez (Juarez Stake Academy) which has existed since 1897. The town is known for its peach and apple orchards and cattle ranches, as well as for the many graduates from its renowned academy. Residents typically work as farmers, ranchers or in the local schools.[1][2]

Note: W.R.R. Stowell was the only male, Mormon Stowell who migrated to the Great Salt Lake Valley. His father felt that the Mormon people were in rebellion against the US and he turned away from the church. His mother and his sisters were the only emigrants to the Valley. His only brother, Augustus, and his half-brother Daniel didn't join the church.

Alexander Stowell, his son, was described as a big, powerfully built man, who was very rigid and unbending in his personality. Perhaps the description of the son tells us something of the father. W.R.R. Stowell appears to have been a most rigid and extremely religious person.

William Stowell came to Utah in 1852 with the Ox-team Company and was personally ordained to the Council of Seventy by the hand of Joseph Young. He was a Sunday School Superintendent for many years and was also a veteran of the Echo Canyon Campaign and the Utah Black Hawk Indian War.

William married (1st), December 25, 1845 in Nauvoo, Hancock, Illinois, Hannah Topham, who was born May 15, 1828 in Eaton Socon, Bedfordshire, England and died March 31, 1913 in Provo, Utah, Utah. She was a daughter of John Topham and Jane Thornton, both of England. William and Hannah had one child, William John Thornton Stowell, who was born February 11, 1848 in Council Bluffs, Pottawattamie, Iowa and died November 29, 1848 in that same place.

William married (2nd), October 19, 1852 in Provo, Utah, Utah Cynthia Jane Park, who was born April 20, 1836 in Yorkville, Gibson, Tennessee and died January 21, 1908 in Trenton, Cache, Utah. She was a daughter of John Miller Park of Georgia and Matilda Stewart of Tennessee. William and Cynthia had nine children.

William married (3rd), as his first plural wife, October 9, 1855 in Salt Lake City, Salt Lake, Utah, Sophronia Kelley, who was born July 22, 1826, in Potton Township, Québec, Lower Canada (near Troy, Vermont), and died January 24, 1907, in Franklin, Franklin, Idaho. She was a daughter of Alexander Kelley and Mary Holmes Davis, both of Vermont. William and Sophronia had seven children.

William married (4th), as his second plural wife, August 15, 1860 in Salt Lake City, Salt Lake, Utah, Harriet Eliza Stowell, who was born January 8, 1843, in Westfield, Chautauqua, New York and died March 9, 1897, in Logan, Cache, Utah. She was a daughter of Daniel Stowell and Louisa Aldrich Barnum, both of New York. William and Harriet had eight children. Only 18 of the 24 children fathered by William lived into adulthood. 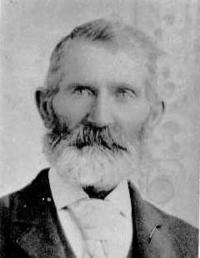 Ralph Smith
There is a book "I LIVE By MY Word of Honor" compiled and edited by Betty Stowell Sepi and published by Calico Paws Pulishing that has a detailed history,picures and stories of the Stowell,Bybee,Park, Higley and Skousen Familys. Publishing Co. address: PO Box 2364 Menlo Park,Ca 94026-2364. calicopaws@earthlink.net. Betty Sepi, 320 Dedalera Drive,Portola Valley, Ca,94028. 650 854-3480.
posted Mar 29, 2014 by Ralph Smith

William is 21 degrees from Danielle Liard, 10 degrees from Jack London and 14 degrees from Henry VIII of England on our single family tree. Login to find your connection.