Ethel was born in 1890. She was the daughter of Calvin Stratton and Laura Savage. She passed away in 1925, at 36 years of age due to septicemia following the removal of a tumor, according to her death certificate.

Ethel is listed as divorced and a waitress on her death certificate, additionally, she created a will identifying Floyd W. Donovan as her executor. In the will she states that one dollar each is to be provided to her sons Charles Faught and Van Faught. The remainder of her property was to be divided equally between her minor daughters Mattie Black Faught, Charlotte Olla Faught and Edna May Faught. It does not mention what property she may have had. Furthermore, the will states her wish for Floyd Donovan and his wife Minnie to act as guardians and to adopt her daughters. It is not clear why her ex-husband did not regain parental rights to the minor girls, other than perhaps he was unable to care for them.

The Donovan's went on to fulfill Ethel's request, and raised the girls as their own. While Mattie was 15 years of age at the time of her mother's death, Charlotte and Edna were small children. Charlotte's name apparently was later changed to Shirley. They are both found in the Donovan's household in the 1930 Unitied States Census as Edna M. Donovan age 7 and Shirley J. age 8.

ask our community of genealogists a question.
Sponsored Search by Ancestry.com
DNA Connections
It may be possible to confirm family relationships with Ethel by comparing test results with other carriers of her mitochondrial DNA. However, there are no known mtDNA test-takers in her direct maternal line. It is likely that these autosomal DNA test-takers will share DNA with Ethel: 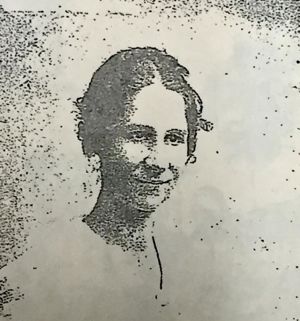