James II Stuart is a member of the House of Stuart.

He was born into the house of Stuart and is the last Catholic monarch to reign over England, Scotland and Ireland.

James is the second surviving son of Charles I and ascended the throne after his brother Charles II died. Members of Britain's Protestant political elite increasingly suspected him of being pro-French and pro-Catholic and of having designs on becoming an absolute monarch.

When he produced a Catholic heir, leading nobles called on his Protestant son-in-law and nephew William of Orange to land an invasion army from the Netherlands, which he did in the Glorious Revolution of 1688. James fled England (and thus was held to have abdicated). He was replaced by his eldest, Protestant daughter Mary and her husband William of Orange. James made one serious attempt to recover his crowns from William and Mary when he landed in Ireland in 1689.

After the defeat of the Jacobite forces by the Williamites at the Battle of the Boyne in July 1690, James returned to France. He lived out the rest of his life at the French court sponsored by his cousin and ally, Louis XIV 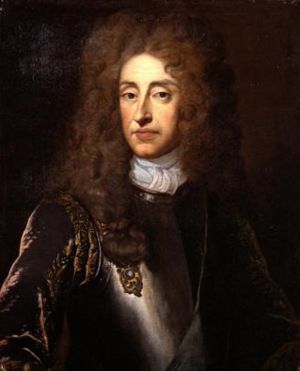 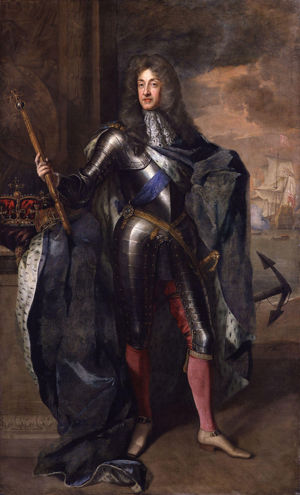 Allan Stuart
Thanks John that will do nicely.
posted Apr 04, 2017 by Allan Stuart

John Atkinson
Thanks Allan, I've changed that last sentence but not used either term.
posted Apr 04, 2017 by John Atkinson

Allan Stuart
In the Bio can the word Pretender be replaced with Deposed King, a far more accurate description.
posted Apr 04, 2017 by Allan Stuart

C. Mackinnon
James is categorised as a slave trader which is pejorative. Should it be discussed in the biography?
posted Feb 19, 2017 by C. Mackinnon

C. Mackinnon
"He lived out the rest of his life as a pretender at a court sponsored by his cousin and ally, King Louis XIV." Sentence is a little odd. James was never regarded as a pretender. The pretenders were his son James and his grandson Charles.
posted Feb 19, 2017 by C. Mackinnon

Darlene (Athey) Athey-Hill
C., we don't add mistresses as spouses. Generally we note and link to them in the biography.
posted Nov 27, 2016 by Darlene (Athey) Athey-Hill
Kirk Hess
Stewart-16542 and Stuart-19 appear to represent the same person because: The bio is pretty clear...
posted Mar 23, 2016 by Kirk Hess
N (Sweet) S
Stuart-19 and II-47 appear to represent the same person because: These are the same ruler.
posted Sep 28, 2014 by N (Sweet) S

Bob Fields
Stuart-989 and Stuart-19 appear to represent the same person because: James II King of England. http://en.wikipedia.org/wiki/James_II_of_England. Both profiles have the exact same birth and death dates.
posted Aug 23, 2014 by Bob Fields

James II is 18 degrees from Donald Howard, 14 degrees from Julia Howe and 6 degrees from Henry VIII of England on our single family tree. Login to find your connection.