James (Stuart) Stuart King James VIth of Scots and Ist of England is a member of the House of Stewart.

James (Stuart) Stuart King James VIth of Scots and Ist of England is a member of the House of Stuart.

James (Stuart) Stuart King James VIth of Scots and Ist of England is a member of Clan Stewart.

James VI and I (19 June 1566 – 27 March 1625) was King of Scotland as James VI from 24 July 1567 and King of England and Ireland as James I from the union of the Scottish and English crowns on 24 March 1603 until his death. The kingdoms of Scotland and England were individual sovereign states, with their own parliaments, judiciary, and laws, though both were ruled by James in personal union.

James b.19 Jun 1566 Edinburgh Castle, Edinburgh, Midlothian, Scotland & baptised 17 Dec 1566 at Stirling Castle, was the son of Mary, Queen of Scots, and a great-great-grandson of Henry VII, King of England and Lord of Ireland (through both his parents), uniquely positioning him to eventually accede to all three thrones. James succeeded to the Scottish throne at the age of thirteen months, after his mother Mary was compelled to abdicate in his favour.

Four different regents governed during his minority, which ended officially in 1578, though he did not gain full control of his government until 1583. In 1603, he succeeded the last Tudor monarch of England and Ireland, Elizabeth I, who died without issue. He continued to reign in all three kingdoms for 22 years, a period known as the Jacobean era after him, until he d.27 Mar 1625 at the age of 58 in Theobalds Palace, Cheshunt, Hertfordshire and was bur: 5 May 1625 Westminster Abbey.

After the Union of the Crowns, he based himself in England (the largest of the three realms) from 1603, only returning to Scotland once in 1617, and styled himself "King of Great Britain and Ireland". He was a major advocate of a single parliament for England and Scotland. In his reign, the Plantation of Ulster and British colonisation of the Americas began.

Sponsored Search by Ancestry.com
DNA Connections
It may be possible to confirm family relationships with James by comparing test results with other carriers of his Y-chromosome or his mother's mitochondrial DNA. Y-chromosome DNA test-takers in his direct paternal line on WikiTree: 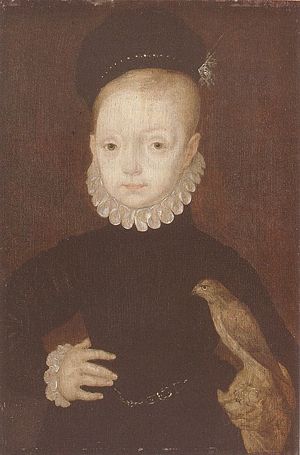 James I by Rowland Lockey. 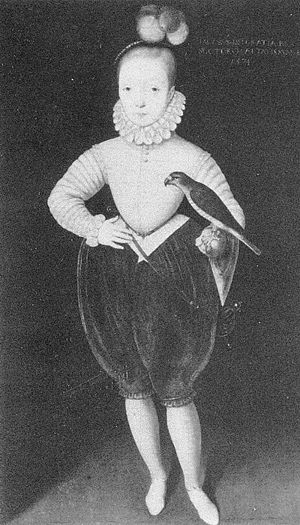 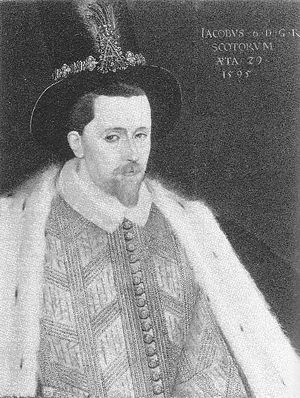 James I by John de Critz. 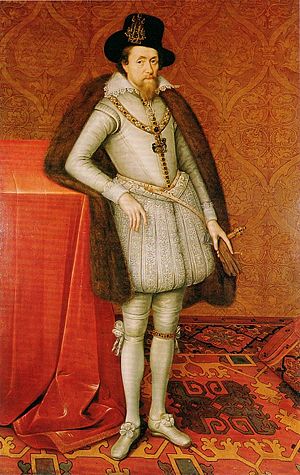 James I in Royal Robes by Daniel Mytens. 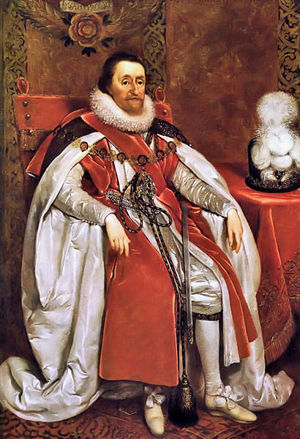 That was the most important piece of religious literature in the UK and the USA for over 400 years, so it seems worthy of note...

James Of Scotland, King of Scots, born 10 April 1512. He married (1st) 1 Jan 1536/7 Madeleine Of France, eldest daughter of Francois I, King of France. She was born in August 1520. They had no issue. His wife, Madeleine, died 7 July 1537. He married (2nd) (by proxy in Paris) 12 June 1538 Mary Of Guise (or Mary Of Lorraine), widow of Louis of Orleans, and daughter of Claude of Lorraine, They had two sons, James [Duke of Rothesay] and Arthur, and one daughter, Mary [Queen of Scots]. By various mistresses, he had several illegitimate children, including seven sons, and two daughters.

posted Mar 04, 2019 by Bettye (Holland) Carroll
Jim Cogswell
Quite humorous, since James married by proxy, I wonder if his children

by Mary of Guise was conceived by proxy also. Jim Cogswell-967