In 1882 Sturdee married Marion Adela Andrews at Portsea Island, Hampshire.[2] They had a son and a daughter.

He was appointed to the frigate HMS Undaunted, flagship of the China Station in 1876. He took part in the bombardment of Alexandria in July 1882 during the Anglo-Egyptian War. He became commanding officer of the cruiser HMS Porpoise on the Australian Station in November 1897. He became Chief of War Staff at the Admiralty in July 1914. In November 1914 the Royal Navy suffered a serious defeat at the Battle of Coronel. In response Sturdee was sent to the South Atlantic to seek out the German squadron, commanded by Graf Maximilian von Spee, which had caused the damage at Coronel. On 8th December 1914, Sturdee encountered von Spee and the subsequent action became known as the Battle of the Falkland Islands. Sturdee's forces sank almost the entire German squadron. For his part in this important naval action Sturdee was created a baronet on 15th March 1916. He was promoted to Admiral on 17th May 1917 and to Admiral of the Fleet on his retirement on 5th July 1921.

Sturdee retired to Camberley, in Surrey, and passed away there on 7th May 1925.[3] He was buried in the churchyard of St Peter's Church in nearby Frimley. His gravestone incorporates a cross made from the timbers of Nelson's ship, HMS Victory. His grandson William Staveley and grandson-in-law Edward Ashmore were also Admirals of the Fleet whilst his nephew, Sir Vernon Ashton Hobart Sturdee, was an Australian Lieutenant General.

Is Doveton your ancestor? Please don't go away!

ask our community of genealogists a question.
Sponsored Search by Ancestry.com
DNA
No known carriers of Doveton's DNA have taken a DNA test. 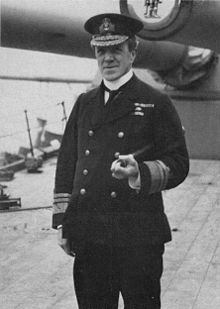 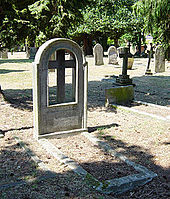