Emanuel Swedberg, more commonly known as Swedenborg, had a prolific career as an inventor and scientist. He was also a philosopher, theologian, revelator, and mystic. In 1741, at age 53, he entered into a spiritual phase in which he began to experience dreams and visions, beginning on Easter weekend of 6 April 1744. This culminated in a 'spiritual awakening', in which he received revelation that he was appointed by the Lord Jesus Christ to write The Heavenly Doctrine to reform Christianity - "His own account of his illumination to his friend Robsahm, as far as it goes, is very characteristic; he reports that God appeared to him and said, "I am God the Lord, the Creator and Redeemer of the world. I have chosen thee to unfold the spiritual sense of the Holy Scriptures. I will myself dictate to thee what thou shalt write" "[1] (Bucke, 1901, Ch.11).

Other characteristics that support his character as having had mystical experiences are maybe that: "He was never married. He had great modesty and gentleness of bearing. His habits were simple; he lived on bread, milk and vegetables" [87a:98]. "He was a man who won the respect, confidence and love of all who came in contact with him" [87a: 759]. Though many of those about him did not believe in his visions they respected him too much to make light of these in Swedenborg's presence. His teaching at bottom is that of all the great seers—that God in himself is infinite love—that his manifestation, form or body is infinite wisdom—that divine love is the self-subsisting life of the universe [87a: 759]" (Bucke, op.cit.).

His father, Jesper Swedberg (1653–1735), descended from a wealthy mining family, travelled abroad and studied theology, and on returning home he was eloquent enough to impress the Swedish king, Charles XI, with his sermons in Stockholm. Through the King's influence he would later become professor of theology at Uppsala University and Bishop of Skara. His beliefs were to have a major impact on his son Emanuel's spirituality, including the belief that angels and spirits were present in everyday life. Following the death of Charles XII, whom Emanuel had met with hoping to obtain financing for his scientific projects, Queen Ulrika Eleonora ennobled him and his siblings and the family name was changed from Swedberg to Swedenborg. During the 1730s, Swedenborg undertook many studies of anatomy and physiology. He had the first anticipation, as far as known, of the neuron concept. It was not until a century later that science recognized the full significance of the nerve cell. He also had prescient ideas about the cerebral cortex, the hierarchical organization of the nervous system, the localization of the cerebrospinal fluid, the functions of the pituitary gland, the perivascular spaces, the foramen of Magendie, the idea of somatotopic organization, and the association of frontal brain regions with the intellect. In some cases his conclusions have been experimentally verified in modern times. It was also in the 1730s that he became increasingly interested in spiritual matters and was determined to find a theory which would explain how matter relates to spirit. Swedenborg's desire to understand the order and purpose of creation first led him to investigate the structure of matter and the process of creation itself. By 1744 Swedenborg he began having strange dreams, some greatly pleasurable, others highly disturbing. His life from 1747 until his death in 1772 was spent in Stockholm, Holland, and London. During these 25 years he wrote another 14 works of a spiritual nature of which most were published during his lifetime. Shortly before Christmas 1771 he suffered a stroke and was partially paralyzed and confined to bed. His health improved somewhat, but he died on March 29, 1772, a date that he had predicted when writing to John Wesley, the founder of Methodism.

Is Emanuel your ancestor? Please don't go away!

ask our community of genealogists a question.
Sponsored Search by Ancestry.com
DNA
No known carriers of Emanuel's ancestors' DNA have taken a DNA test. 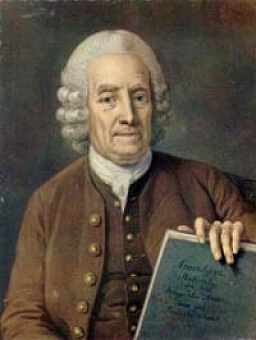 Emanuel is 33 degrees from Claire Nava, 35 degrees from Levi Strauss and 21 degrees from Henry VIII of England on our single family tree. Login to find your connection.