Pearl Sydenstricker Buck was an American writer and novelist. As the daughter of missionaries, Buck spent most of her life before 1934 in China.

On 13 May 1917, she married John Lossing Buck, a U.S. agricultural expert living in China. They had a daughter Carol and a son John who died young.

Her novel The Good Earth was the best-selling fiction book in the U.S. in 1931 and 1932 and won the Pulitzer Prize in 1932. In 1938, she was awarded the Nobel Prize in Literature "for her rich and truly epic descriptions of peasant life in China and for her biographical masterpieces."

In 1935 she divorced John Buck and married Richard J. Walsh, her publisher. After her return to the United States in 1935, she continued her prolific writing career, and became a prominent advocate of the rights of women and minority groups, and wrote widely on Asian cultures.

Pearl S. Buck died of lung cancer on March 6, 1973, in Danby, Vermont, and was interred in Green Hills Farm in Perkasie, Pennsylvania. She designed her own tombstone. The grave marker is inscribed with Chinese characters representing the name Pearl Sydenstricker 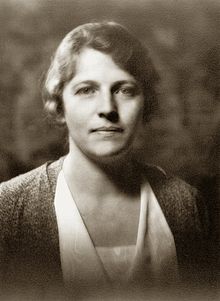