Bio by: Donald Greyfield on Find A Grave

Presidential First Lady. She was born Anna Symmes on a farm near Morristown, New Jersey, the daughter of a judge and a senator. With the death of her mother, she was taken to live with her grandparents in New York City, New York and received a superior education. As an adult, she joined her father on his extensive land holdings along the Ohio River near Cincinnati. While in Lexington, Kentucky awaiting the completion of a house, she met the future President William Henry Harrison. Her father would not give his blessings to this marriage. However, while away on business, they were secretly wed. The marriage produced ten children. Her husband had a successful career in the army and in politics. After her father's death, she inherited a farm in North Bend, Ohio which became known as "The Bend". The children kept the Harrison's in constant debt with their educating and marriages, and Anna Harrison outlived them all but one. When her husband was elected to the United States Presidency at the age of sixty-eight, she was recovering from a serious illness and waiting until feeling better before attempting the journey to join her husband in Washington, DC. During his inauguration President Harrison caught pneumonia and died 31 days into his term. Anna was packing when word of her husband’s death arrived. After a state funeral in Washington, he was interred in Congressional Cemetery there. However, Anna selected a site on a knoll near Congress Green Cemetery in North Bend, where her father was buried, and began construction of a final burial place. A few years later, he was brought home and placed in the tomb. It fell into neglect after her death and the family deeded it to the state of Ohio who erected the imposing monument over the tomb and maintain the site. Anna Harrison outlived her husband by twenty-two years. Other than the tomb, nothing physical remains in North Bend, the town founded by her father. Their 22-room residence, "The Bend", burned to the ground. The property was sold and divided while today a golf course surrounds the burial site where many foundations of buildings are still visible. The chapel where President Harrison lay in state was demolished. Anna was forced to live at the home of her only living child where she died at the age of 88 and was placed in the Harrison vault. She holds the distinction of being the wife of a president and grandmother to another, Benjamin Harrison.

Sponsored Search by Ancestry.com
DNA
No known carriers of Anna's DNA have taken a DNA test. 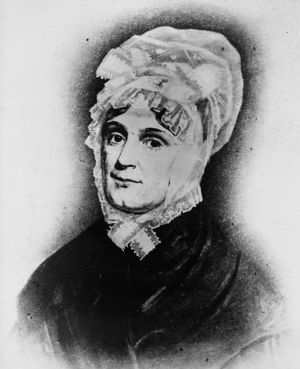 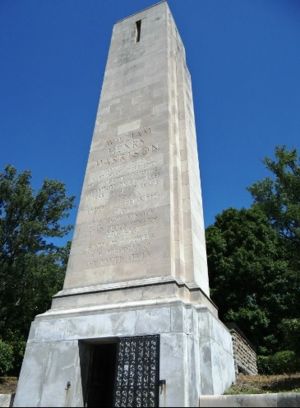 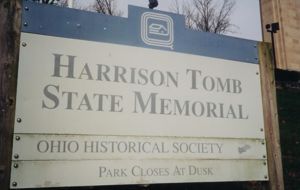 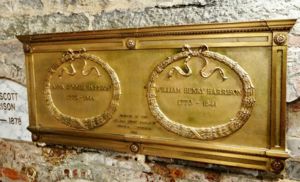 Ed Burke
Sue I created a page for the cemetery where Anna is buried. Link is http://www.wikitree.com/wiki/Space:William_Henry_Harrison_Memorial%2C_North_Bend%2C_Ohio
posted Nov 13, 2012 by Ed Burke