After attending gymnasium in Vienna, he studied law at the University of Vienna, passing his examination in 1811 and earning his doctorate in 1813.

Though he served as Minister of Justice under Franz Anton Count on Kolowrat-Liebsteinsky briefly in 1848, his career effectively ended later that year. Though named President of the Supreme Judicial Court, an office that he held until the end of his life, he was largely excluded from its activities.

He authored a number of scholarly works.

Is Ludwig your ancestor? Please don't go away!

ask our community of genealogists a question.
Sponsored Search by Ancestry.com
DNA
No known carriers of Ludwig's DNA have taken a DNA test. 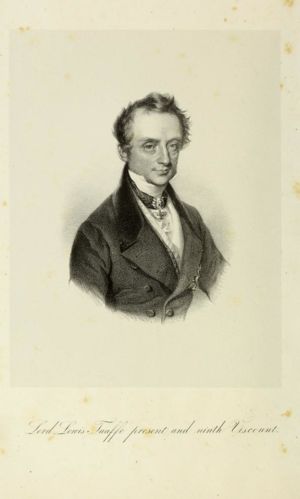 Leave a message for others who see this profile.
There are no comments yet.
Login to post a comment.
Roger Stong
Taafe-55 and Taaffe-65 appear to represent the same person because: This is the same person. I didn't catch that you had added him under a Czech name.
posted Apr 17, 2021 by Roger Stong